St. Louis based drone startup WingXpand has been chosen from a pool of over 600 international companies to join the world-renowned Techstars LA & Space Accelerator, a three-month program ending with a demo day for the tech and investor communities in December.

In partnership with the US Space Force and NASA’s Jet Propulsion Laboratory, the program is working to build the next frontier of aerospace, defense and space technologies.

WingXpand was launched this past April by aerospace engineer James Barbieri, who possesses more than 10 years of industry experience, alongside Co-Founder & Chief Customer Officer Michelle Madaras. The company’s launch followed its debut of the first ever 7-foot expandable plane with a compact frame enabling storage in a backpack. Offering rapid support for real-time observations and pattern recognition, this solution sees use in military and public safety missions in addition to a variety of other use cases, such as the monitoring of plant health and mapping for surveying and inspections. This solution combines the small size and simplicity of a quadcopter drone with the horsepower of airplane wings, enabling it to fly 5 times longer, while equipped with 10 times more onboard data collection tools than traditional drones.

“This is an exciting time in the drone space as more industries are seeing the time, cost, and safety benefits of using drones and are developing new ways of using them in their operations,” said Barbieri. “Techstars will be invaluable in helping us scale to meet the growing needs of our customers.”

“This year’s applicant pool for [Techstars] LA/Space was one of the most competitive ever in terms of traction and the caliber of teams represented,” added a spokesperson from Techstars. “The companies in this class are run by some of the most impressive technologists and some of the boldest, biggest dreamers we’ve ever met…This class also continues to build on our commitment to investing in diverse and underrepresented teams with 9 of the 12 companies being led by founders that identify as underrepresented.”

Read more about WingXpand, and other new drone industry players: 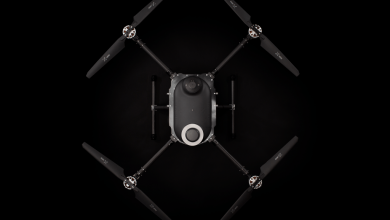 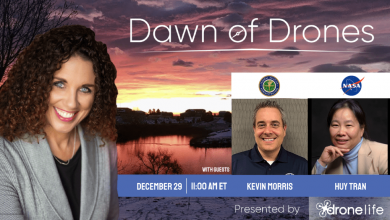 FAA and NASA over Daybreak of Drones this week!