Navigating cities with a cane, a walker or a wheelchair can be difficult. San Francisco, with its dozens of distinct hills—some reaching grades of more than 30 degrees—is an especially challenging place for people with disabilities. Streets are consistently busy, sidewalks might be broken, but worst of all, entrances to BART and Muni are often completely inaccessible.

While interning for The Standard, I spent a month last summer documenting the lives of Loyce Furlough and Allen Jones, two San Franciscans who rely on mobility scooters to get around. Jones and Furlough both have lived in the city for decades—Jones since he was 3 years old, and Furlough since she was 18 years old. Taken together, their experiences capture just how difficult navigating San Francisco with a disability can be.

Furlough has used a mobility scooter for navigating the city ever since she underwent a hip operation in 2019. While it’s technically small enough to fit on public transportation, boarding Muni remains difficult to manage. Once, when getting off the bus, Furlough’s scooter got caught on the ramp, causing her to tip over and fall. Experiences like these have made her bitter about the service.

The bus drivers “don’t help you that much,” she said.

On the streets, Furlough often encounters physical obstacles and bumpy sidewalks that her scooter can’t accelerate over. Her 8-year-old grandson Sylas sometimes accompanies her on errands, riding a Razor scooter to keep up.

“He tells me to slow down!” Furlough said.

All sidewalks in San Francisco are legally required to be ADA-accessible, but the city makes an exception for streets limited by topography—such as steep hills, according to Rachel Gordon of San Francisco’s Department of Public Works.

Gordon told The Standard that fronting property owners are responsible for the maintenance and repair of broken sidewalks, meaning the city is not involved unless the property owner fails to comply.

Loyce Furlough is hardly alone. The Department of Disability and Aging Services reports that 49,773 San Franciscans have mobility issues, and not all of them are able to rely on family to help them out. Some, in fact, have lived independently for decades and, in spite of San Francisco’s hostile topography and occasionally indifferent city government, manage to thrive all the same.

Born with spina bifida, a condition affecting the spine that can limit mobility, Jones has used crutches since childhood. Jones was raised in the Mission with his nine siblings, and eventually became a Bible study teacher at San Francisco’s Juvenile Hall. For much of his life, he navigated the city without much difficulty, using crutches. For the past two years, though, as his condition has worsened, he has moved around San Francisco with a mobility scooter.

It’s a cool one, too, with a shiny coat of black paint and a grill that resembles a vintage Ford Model T. His scooter, which he calls “Black Joy,” can’t fit onto public transportation, so it’s his only means of getting around town.

Jones spent over a year filing complaints about obstacles and violations of the Americans With Disabilities Act (ADA) through the city’s 311 app—sometimes, multiple times per day. In July 2021, he filed an ADA complaint with the Department of Justice that detailed his struggles with accessibility.

Physical obstacles such as construction, trash and encampments frequently force Jones onto the street or make him turn around entirely. He often has to squeeze between parklets on sidewalks that violate the minimum 8-foot pathway width.

That complaint is now being handled by the Department of Transportation and is still under investigation. He’s now focusing all his efforts there, having ceased logging 311 complaints after receiving little to no action from the city.

“I receive help from people all over San Francisco, but not from City Hall,” Jones said.

Jones has another idea too: He believes that electric mobility scooters should have the ability to be charged anywhere, just like Lime and Bird scooters. So he wants the city to provide dedicated public charging stations.

In November 2022, Jones discussed his idea with Nicole Bohn and Deborah Kaplan, the director and the deputy director of programmatic access at the Mayor’s Office on Disability (MOD). He left with the assurance that chargers would be installed by 2023.

In an email statement to The Standard, Kaplan confirmed the meeting with Jones but said they never committed to a timeline, instead promising to discuss the concept with other city departments.

“We told him we agreed with the need, and that since MOD isn’t set up to initiate and implement programs, we would explore with other departments,” Kaplan said, adding that only then MOD could gauge the feasibility of implementing Jones’ idea .

“I don’t know what his claim is based on,” Kaplan said.

Whatever the outcome of his tussles with the bureaucracy, Jones prefers to stay focused on his substantial achievements.

“I was limited in a lot of things,” he said. “But it didn’t prevent me in any way. When I tell people some of the things that I’ve accomplished—I wrote a book while living in my truck, published it. I did a TV program for three years in my truck.” 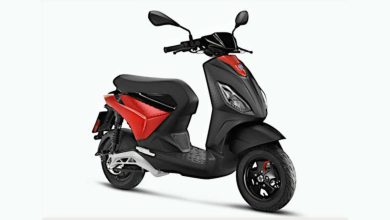 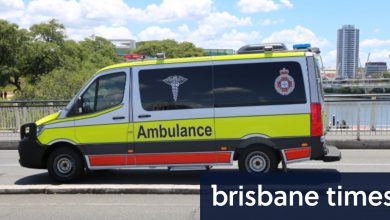