Motorola recently launched a number of new G-series phones and a budget flagship, and is preparing a few more for debut in the near future. Among them is the Moto G50 Mid-Ranger, the Snapdragon 870 Moto G100. Now the folks at XDA-Developers have discovered some important details about another upcoming device called the Moto G60, which recently showed up in leaks codenamed ‘Hanoip’ and Android 11.

The Moto G60 is said to be equipped with a 6.78-inch FHD + display (2460 x 1080 pixels) with a centered hole-punch display. Interestingly, the screen should offer a refresh rate of 120 Hz. If so, the Moto G60 would be the first in the Moto G series to offer a 120 Hz screen. Lately, companies like Xiaomi have offered devices with a 120 Hz display like the Mi 10i in the budget segment, with the Poco X3 also on the list. However, it is unclear whether the Motorola offering will come with an AMOLED or an LCD panel.

Back on the Moto G60, there will be three cameras on the back. The report adds that Motorola’s upcoming phone will come in several flavors, one of which will come with one A 108 megapixel main camera based on the ISOCELL HM2 sensor from Samsung. There’s also a 16-megapixel ultra-wide-angle camera that uses the OV16A1Q sensor, along with another 2-megapixel camera, likely a macro snapper or depth sensor. There is a 32MP front camera on the front.

Another variant of the Moto G60 is said to be downgraded by a 108-megapixel main camera with a 64-megapixel snapperwhile the front camera shuts down on a 16MP snapper. Aside from the more powerful camera, Motorola is apparently also working on new camera tricks like an AI-controlled low-light mode, a document mode (likely for scanning documents), spot detection, and dual-capture video (which will likely allow users to capture videos video or photo from the rear and front cameras at the same time).

As for the chip in the heart Rumor has it that the phone will be equipped with Qualcomm Snapdragon 732G SoC. It is ticked next to 4 GB or 6 GB RAM and 64 GB or 128 GB UFS 2.1 storage. However, there is no specific information about the phone’s offer price or the official launch date. 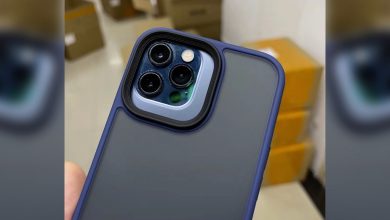 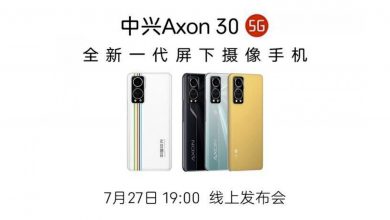 Is HUAWEI getting ready to offer Google and the US the center finger?