Benjamin David, benefiting from a decade of experience at Airbus Defense & Space, created the company XSun based on the idea of ​​adapting space technologies for use at lower altitude. This approach produced SolarXOne: A solar-powered, electrical, self-contained drone with a tandem wing design. SolarXOne, with a dragonfly-like design, has excellent aerodynamic performance and a large surface area of ​​solar panels for collecting solar energy.
“We firmly believe that a combination of new technologies and renewable energy sources will best meet current environmental, economic, and societal challenges,” says Benjamin David. He also points out that solar power increases the on-board battery life by a factor of 3. Payloads of up to 5 kg include gyroscopes, high-performance cameras, thermal imaging cameras, LIDAR, and more. The UAV weighs 25 kg, has a 4.50 m wingspan, a non-stop duration of 12 hours, and can be deployed in 30 minutes. SolarXOne is equipped with two adapted maxon ECX 87 Flat motors positioned at the front of the aircraft. The system is compliant with aeronautical standards and can be certified to the highest level for flight authorization worldwide. With a daily flight range of 600 km, SolarXOne can fly over thousands of acres, producing image resolution of cm accuracy, for a wide variety of missions including:
-Mapping and topography of large areas on land or at sea, such as nature reserves,
-Very high-resolution photographic surveys for large-scale linear infrastructure (pipelines, electricity lines, roads, rivers, etc.),
– Photographic surveys for precision agriculture with forest mapping,
– Monitoring and inspection missions.
XSun markets its drone, but also offers SolarXOne services via its operations team. The team also flies the drone on behalf of clients who just want to collect data. XSun has completed operational assignments for various clients in France and other parts of Europe. Watch a video here. For more information, visit XSun.fr. 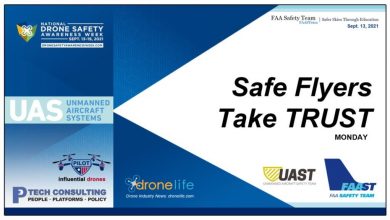 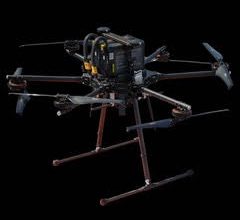 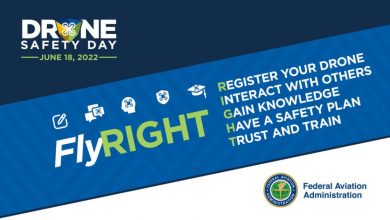