Xiaomi has been pretty busy lately. The company recently announced that it will be unveiling a new device with a camera under the display next week, which might excite fans a little. But that’s not the only thing that makes you happy because the company has grown rapidly over the past few months. Just last month we saw Xiaomi take Apple’s place in smartphone sales, and it seems that this will eventually allow the company to take Samsung’s crown.

According to the latest data from Counterpoint Research, Xiaomi could soon be able to sell more devices than Samsung. The Chinese tech company saw smartphone sales jump 26 percent in June 2021, and it seems like it could take Samsung first, or at least for a while. Remember, the company has already taken Apple’s place as the world’s second largest smartphone brand.

Xiaomi also took first place in Samsung’s sales in the European market in the second quarter of 2021. And if Counterpoint’s forecasts are correct, Xiaomi could also have taken Samsung’s place as the brand’s largest smartphone in the world. However, this assumes that Xiaomi’s sales figures do not decrease. This would leave the Chinese company with 17.1 percent of the world market share and Samsung with 15.7 percent of the cake.

Xiaomi’s numbers have grown steadily over the past 18 months, thanks to the company’s Redmi range as the main culprit behind the boost in sales. The company’s success has also been achieved thanks to the Redmi Note 10 Pro, which is one of the best budget phones out there, and the Mi 11 Ultra as one of the best Android devices on the market, which competes against the Galaxy S21 and others Flagships.

“Since the beginning of Huawei’s decline, Xiaomi has made consistent and aggressive efforts to fill the void created by that decline.”
“The OEM has expanded into Huawei and HONOR’s legacy markets such as China, Europe, the Middle East and Africa. In June, Xiaomi received further support from the recovery in China, Europe and India, as well as Samsung’s decline due to delivery bottlenecks. “

However, things may change very soon as Samsung is set to regain its crown with the arrival of the new Samsung Galaxy Z Fold 3 and Galaxy Z Flip 3, which are expected to be announced during the upcoming Galaxy Unpacked event. On top of that, we also expect new Galaxy A devices in the next few months, but Samsung needs to make some changes to its strategy to keep its place. Let’s keep in mind that a recent report suggests that the Galaxy S21 didn’t sell as well as expected.

Huawei is working by itself digital camera beneath the show 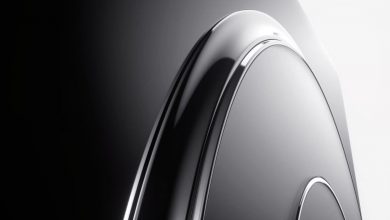 Honor Magic three is powered by a Snapdragon 888 Plus SoC