Samsung’s first (and problematic) foldable smartphone – the Galaxy Fold – has received the Android 11 update. The Android 11-based One UI 3.0 update for the device was first discovered by the people at SamMobile and bears the build number F907BXXU4DUA1 for the 5G-enabled version of the foldable phone (model number SM-F907B), while the one for the LTE Variant is provided (model number SM-F900F) has the build number F900FXXU4DUA1.

The Android 11 update apparently rolled out to users last week and includes the January security patch. It’s a bit of a surprise, however, that the Galaxy Fold received the update a little earlier. According to Samsung’s official Android 11 roadmap, the Galaxy Fold shouldn’t get the One UI 3.0 upgrade until February. However, it appears that the update is being rolled out gradually and is currently available to users in the UK, United Arab Emirates and Switzerland, according to the SamMobile report.

In case you haven’t received the update on your Galaxy Fold, you can check it manually by looking in the Software Update section in the Settings apps. One UI 3.0 offers an aesthetic makeover with a fresh design for elements like the home screen, lock screen, notifications and quick panel. There are also new dynamic elements like new visual effects, redesigned widgets and lock screen fade effects, to name a few.

Functionally, the One UI 3.0 update for the Galaxy Fold also offers grouped notifications, as well as support for bubble notifications, a borderless full-screen video call layout, improved AI-based zoom on photos, and refined autofocus and automatic exposure tools for the camera app . Samsung has also made the Share Sheet customizable to make it easier to share files with others. There are also new digital wellbeing tools and lock screen adjustments. 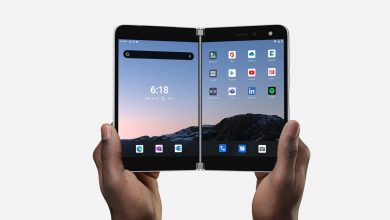 Microsoft Floor Duo for $ 398, Galaxy S21, and extra are additionally on provide