At the AUVSI NE UAS and AAM Summit today, attendees heard a pre-recorded session of the Honorable Volodomyr Havrolov, the Ukraine Deputy Minister of Defense.

Havrolov spoke about the progress of the war in Ukraine, Russian drones, and what Ukraine needs now from their partners and allies to defend their country.

“There is No Way for Russia to Stop Us”

Hon. Volodomyr Havrolov said that Russia’s partial mobilization announced September 21, 2022 is significant. “We are moving to the end of the Russian army,” said Havrolov. “This action indicates desperation.”

“We are moving into the second – and final, I think – phase of the operation.. There is no way for Russia to stop us.”

Russia lost most of its modern equipment in the first phase of the war, said Havrolov, and they are not able to replace that equipment because the equipment relies heavily on foreign resources.

“Yes, Russia is a huge country. But Russia is not a sleeping bear, it is a frightened jackal in a bear skin. We’ll do our job with modern equipment,” said Havrolov. “We are very confident that it doesn’t matter how many Russians we see on the ground – that will only contribute to the disaster within Russia.”

“This war will only be won through technological superiority.”

“We have to address the issue of drones and air defense,” said Havrolov. “..Russia is very advanced with drones.” According to the Washington Post, Russia has between 1,500 and 2,000 surveillance UAVs.

In addition to the use of small drones for reconnaissance and aerial intelligence, Russia’s home-grown “loitering munitions”, the KUB and the Lancet, have been widely used in the Ukraine conflict: but Western sanctions have limited access to critical components. Now, the Council on Foreign Relations says that despite Iranian denials, there is clear evidence that Iran is supplying drones and loitering munitions to Russia.

Loitering munitions, sometimes referred to as kamikaze drones, have the ability to “loiter” after deployment until a human operator on the ground decides the time is right to strike a target. That gives them greater flexibility, but they are designed to be single use. (That’s why they are also sometimes called “suicide drones.”) Supplies can be rapidly depleted.

Added to the problem is Russia’s air defense environment – ​​their ability to jam Ukrainian drones. “We would like to have UAS systems in our inventory that are able to operate in the air defense environment,” said Havrolov. [When we target Russian munitions stores] we can send drones to finish the job. We need drones that can operate in a jamming environment, and you have many of these solutions in the United States.”

The war has made it almost impossible for foreign support teams to enter the country – and the critical need for weapons and defense systems means that Ukraine cannot afford to wait for repairs. “Repair and maintenance be done on Ukrainian territory by Ukrainian engineers, and we welcome any company ready to assist us,” said Havrolov. “Training is also critical,” he points out, as a high percentage of equipment malfunction is due to insufficient training.

Havrolov said that the Ukrainian people are ready and able to work with what they have: and there is a benefit to those companies willing to work with them. The Ukrainian army is testing new technology in a real-world warfare scenario – and they are sharing performance data that could help speed development.

“We Will Do Our Job”

“We have enough people: more than 1, 000,000 people mobilized since the beginning of the war,” said Havrolov. “We have motivation. We have a very creative society. The only things we need are equipment and ammunition – and we will do our job.”

“Let’s work together… to stop this crazy guy in this adventure which started seven months ago. We defend not only our country and our integrity…but the values ​​of all normal people in the world.”

Read more about drones and the war in Ukraine: 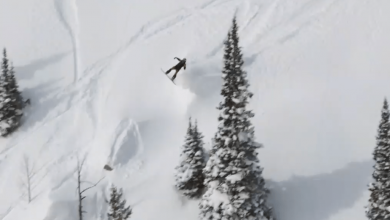 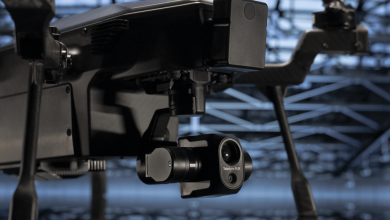 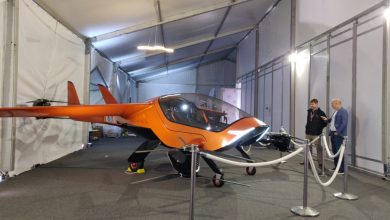