Qualcomm has announced new wearable Snapdragon W5+ Gen 1 and sister W5 Gen 1 hardware that will be inside new smartwatch launches from Oppo, Mobvoi and more this year. Oppo says the Oppo Watch 3 will be launched in August while there will be a next-gen Mobvoi TicWatch later this year.

Qualcomm and Google have also continued their partnership to work together on smartwatch hardware for Wear OS, so it’s possible the upcoming Pixel Watch will be powered by the W5… although current rumors strongly suggest that a Samsung chip will be on board.

Among the performance improvements promised by the W5 platform include vastly extended battery life but with double the performance over the previous generation. The hardware also has a 30 percent physically smaller size – meaning we should get more compact designs.

The platform also promises new lower power capabilities (including deep sleep and hibernate modes) as well as support for the latest Bluetooth 5.3.

Pankaj Kedia, head of Smart Wearables at Qualcomm says that the company is “delighted to announce 25 designs in the pipeline… We have collaborated extensively with our first customers, Oppo and Mobvoi, over the last year and look forward to seeing their products.”

So is the future bright for smartwatches that aren’t the Apple Watch? Only time will tell… 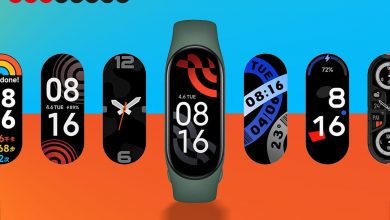