Pixhawk isn’t a particular product; it is a set of open standards endorsed by major semiconductor manufacturers, software companies, and drone engineering companies. These standards cover requirements for many aspects of hardware and electronics design in drones. The Pixhawk Special Interest Group is in charge of developing the latest standards through recurring public meetings hosted by the Dronecode Foundation.

Dronecode estimates that there are more than a million Pixhawk-based devices in the field right now, as the Open Standards are implemented by manufacturers, many of which are DF members, such as Auterion, ARK Electronics, Holybro, ModalAI, CUAV, 96Boards, and NXP Semiconductor.

“The beauty of open standards, in particular, is that the community has settled on a consistent way hardware and software integrates together so that components from different companies can consistently work together,” says Dronecode. “This interoperability through collaboration builds everyone up and drives the innovation we see in drones and uncrewed vehicles.”

Open source gives new manufacturers access to mature and proven tools and feature sets, and a growing ecosystem of hardware options. By using these standards, manufacturers can focus more resources on their innovative features and use cases – and add to the knowledge base, supporting new developments in the industry.

Now, the Pixhawk v6 set of open standards is available – with new features including ethernet and more processing power. Alex Klimaj, Founder of ARKElectronics and one of the hardware manufacturers utilizing the Pixhawk v6 standards, explains that the new features mean that users building their own drones can run a lot more sensors – things like distance sensors, GPS, telemetry streams – opening up new potential for projects and use cases.

Most importantly, Klimaj says, is the continued development of the open source goal: interoperability. “The drone industry is a lot like the early computer industry,” he says. “We’re really just moving beyond the stage of everyone building their own system. But with open source standards, we’re working towards the idea that developers can purchase over the counter components from different vendors and put them together, knowing that they’ ll work together. That really fosters innovation – and enables aircraft manufacturers to get to market faster.”

In addition, says Dronecode: “…some companies are creating new baseboards with companion computers, such as Raspberry Pis, and NVidia Jetson’s that run Linux, allowing you to use an API instead of modifying the PX4 Flightcontroller code. This increases the availability of options and showcases how innovation can build on top of open-source technology.”

Now, the 6th generation of Pixhawk FMU’s is available in two versions:

Every version of Pixhawk ships with the latest supported version of the PX4 Flight Controller by default.

Manufacturers can utilize Pixhawk either by building using the Open Standards, or by partnering with a verified Pixhawk manufacturer. (These include: Auterion; ARKElectronics; Holybro; and, CUAV, all of whom help work to maintain the standards.) The best way to learn more about Pixhawk and participate is by joining Dronecode.

The FMUv6X generation brings the proven features from FMUv5X to a hardened form factor. It includes:

The standard is now available for everyone to download:

The Dronecode Foundation (DF) hosts open-source and open-standard projects and their communities, forming an ecosystem of critical components to the drone industry. DF is a vendor-neutral foundation for open drone projects and is part of the Linux Foundation. We work with developers, end users, and adopting vendors worldwide. DF provides a neutral space for collaboration in the development of open standards between engineers and organizations members of the drone community, nurturing an open ecosystem providing open alternatives of hardware and software components key to the development of uncrewed vehicles. www.dronecode.org

The Pixhawk project has provided readily available open standards for drones and open hardware for more than a decade. The Pixhawk SIG was formed to tackle the lack of specifications and guidelines for drone systems development and is supported by Dronecode Foundation members who support Open Standards. Pixhawk is a registered trademark of the Dronecode Foundation. pixhawk.org 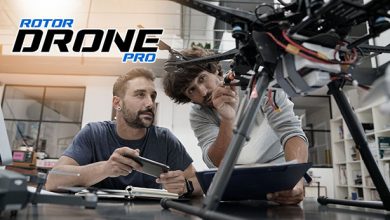 Making the leap from DJI to DIY 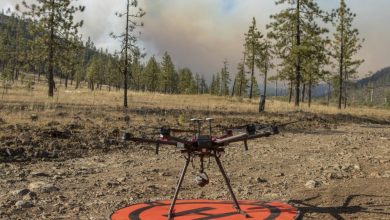 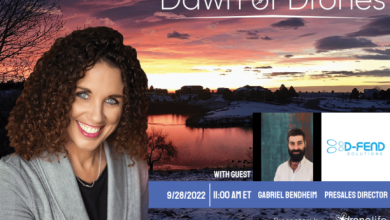 D-Fend on Daybreak of Drones September 28 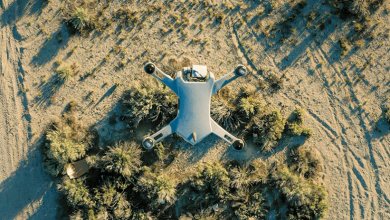