At its August 3 event, OnePlus officially unveiled its latest flagship smartphone, the OnePlus 10T. Along with the new Android device, the company also showcased its upcoming Android 13-based software skin — OxygenOS 13. The new OxygenOS version comes with a new design and many features. In this article, we discuss the new features launching with OxygenOS 13, supported devices, and the software’s release date.

OxygenOS is no longer the stock Android skin we all used to love once. Instead, the core of the OS has now totally shifted to ColorOS, which means the software is now heavily skinned with a new design language and a lot of features. However, OnePlus says that it will not deviate from its “core product philosophy,” and OxygenOS 13 will offer a “fast, smooth, and burdenless experience” like its previous versions. Here are all the new features of OxygenOS 13:

Starting off with the design, OnePlus has given OxygenOS a new look which it calls ‘Aquamorphic design.’ The company says OxygenOS 13’s new design is inspired by natural elements, such as water, hence the term “aqua.” It offers soft and rounded edges across the UI for a more “soothing” and pleasant viewing experience.

OxygenOS 13 will be brighter in the morning and “intelligently” transition to a darker aesthetic in the evening as a part of its “soothing” approach to Android. In addition, some of the apps have been redesgined, and there there are new fonts as well. The company also adds that it has worked on improving the software’s stability, and OxygenOS 13 should be able to deliver a smooth, stable, and consistent experience.

Most OnePlus smartphones support the feature called always-on display (AOD). This feature shows limited information while the phone is locked. Users can conveniently view time, recent notifications, battery levels, and more. With OxygenOS 13, AOD mode is getting a huge upgrade.

OnePlus has partnered with Spotify to bring a custom widget to AOD mode that lets you view currently playing songs, control the playback, like the song, and do much more without even having to unlock the smartphone. In some regions, such as India, the new AOD mode will also be able to show information from food delivery apps, which will show a map with live tracking data and other info, all while the phone remains locked.

OxygenOS 13 also brings a number of audio-related features. OnePlus has added support for multi-direction audio output, called Spatial Audio, and Dolby Atmos in OxygenOS 13. The company is also adding support for Fast Pair, a feature that will allow you to connect your smartphone with wireless earbuds and other supported products quickly . There’s also an Audio Switch mode that makes switching between sources effortless. Notably, these features will only be available on devices that have the necessary hardware.

OnePlus says that OxygenOS 13 has several productivity features that simplify your workflow. To begin with, the new software comes with a smart launcher that allows users to access apps within folders without actually having to open them. It also includes an expanding widgets feature that lets you see more content by just performing a long press action.

Moreover, OnePlus is also bringing ColorOS’ sidebar feature to OxygenOS 13. Users can pin pre-installed apps and shortcuts (such as shortcuts for screenshot, screen recording, etc.) in the sidebar menu to access them quickly. There’s also a new mini-window mode that opens up apps over other apps in a floating window. On the whole, OxygenOS 13 brings several new ways to access and use apps.

OxygenOS 13 also incorporates two of Android 13’s most beloved features — Nearby Share and App Streaming. Nearby Share, which is available on previous Android versions as well, lets you wirelessly transfer photos, videos, files, and other files from Android and Windows devices in a flash. App streaming, on the other hand, allows you to cast your smartphone’s screen content to nearby ChromeOS devices.

OxygenOS 13 also comes with several security features. The OS will now alert users when they download risky applications or files on their smartphones. A new feature protects your location information when you connect to public Wi-Fi networks and the operating system, in general, gives you greater control over the data you share.

Private Safe has been upgraded to version 2.0 and now supports AES data encryption. For those unaware, Private Safe is a feature that allows users to lock sensitive files, photos, videos, and other data behind a passcode. The new version brings a tighter security protocol than before.

Here is a list of all the devices that will receive Oxygen OS 13 in the near future:

Oddly, the OnePlus Nord N20, which launched in the US earlier this year, has not made it to the list of compatible devices with OxygenOS 13. Another major omission is the last year’s OnePlus Nord N200. Thankfully, the most recent Nord models will be updated to OxygenOS 13, albeit sometime in 2023.

OnePlus hasn’t provided an exact date for the release of OxygenOS 13 but ensures that the software will be available on the OnePlus 10 Pro sometime in Q4 2022. An Open Beta build will be available for download before the end of this week, with the stable build rolling out in the coming months. Following the 10 Pro, OnePlus’ latest smartphone, the 10T, will be updated to OxygenOS 13.

The rest of the OnePlus models, including last year’s OnePlus 9 series, will receive the update in the first half of next year. What are your thoughts on OxygenOS 13? Do you like the new features? Let us know in the comments section below! 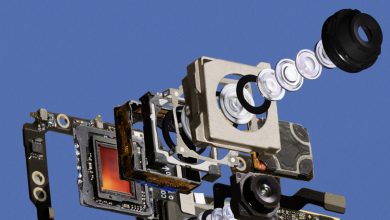 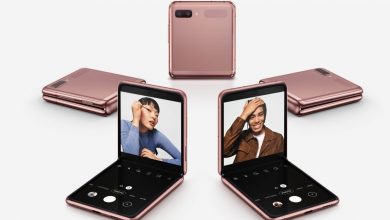