“New York’s state-of-the-art drone corridor further cements the state’s position as the global leader in this evolving market for cutting-edge drone technology. Through our continued investment and focus on drone corridor operations, we are strengthening and growing the regional economies in Central New York, the Mohawk Valley, and statewide for generations to come,” said Governor Hochul, who also announced that the state will be providing NUAIR with an additional $21 million in CNY Rising Upstate Revitalization Initiative funding. The funding will go towards the further development of the UAS industry hub along the corridor, with the goal of enabling critical infrastructure testing and deployment. Together, the approval and additional funding will prompt UAS industry innovation in New York, resulting in the further development of economical and sustainable drone operations bolstering essential supply chains across the state.

“Today marks a significant step for NUAIR and the state of New York, reaffirming its leadership in safely integrating drones into the national airspace and enabling the next phase of Advanced Air Mobility operations,” said NUAIR CEO Ken Stewart. “This 50-mile corridor between Rome and Syracuse NY uniquely encompasses all the elements and infrastructure that are key for the commercialization of UAS applications such as inspections of transportation and utility infrastructure, medical logistics, environmental conservation, and public safety operations.”

“Our vision is to be the leading commercial service airport in the United States for on-airport UAS/eVTOL operations, infrastructure support, and development,” said Syracuse Regional Airport Authority Executive Director Jason Terreri. “The timing of this announcement allows us to enhance our support of local UAS-focused initiatives and organizations including NUAIR, GENIUS NY, as well as many other multi-national companies based right here in Central New York. SYR also aspires to reconnect communities who have been previously cut off from economic opportunities due to a lack of traditional transportation infrastructure. Becoming a partner in creating the AAM corridor will allow underserved communities a new transportation alternative that will reconnect those communities and provide additional economic opportunities to its members.”

“The in-depth work NUAIR and their partners conducted as part of a recent NASA AAM task order gave us the confidence we needed to select NUAIR to take part in establishing the Québec-Syracuse international corridor, which will contribute to the development, integration, and social acceptability of Advanced Air Mobility,” VPorts President and Founder Dr. Fethi Chebil. “This initiative is in keeping with our ambition and vision to build and operate 1,500 vertiports around the world by 2045.”

New York has strived to establish itself as the nation’s leading destination for the UAS industry in the Central New York and Mohawk Valley regions. These efforts have led to a series of private investments, with six companies in 2018, including two international firms, committed to creating opportunities in both regions following more than $6.2 million in various state support made available through the UAS Central Job Fund.

“The UAS Test Site I fought tooth and nail to secure at Griffiss International Airport has made the Mohawk Valley a critical hub of UAS innovation, advancing critical breakthroughs in cutting-edge tech, and supporting hundreds of good-paying jobs,” said Senator Chuck Schumer. “Now, with this new FAA approval, New York’s state-of-the art drone campus will be flying higher than ever before. The sky is the limit for the innovation and economic potential coming out of the Mohawk Valley and I will always fight to help Oneida County reach new heights.”

“Central New York’s UAS industry continues to grow and bring good-paying jobs to Syracuse. This new FAA designation will unlock more opportunities for drone companies to research, develop, and manufacture advanced technologies in New York State,” said State Senator John W. Mannion. “I commend Governor Hochul for her steadfast commitment to working with the legislature on making the investments and creating the public policy framework that supports the companies, employees, and communities where these innovations are happening.”

“Oneida County continues to be the global epicenter for drone development and integration. The investments we have made at Griffiss International Airport, including our UAS Test Site, Skydome and the Innovare Advancement Center, along with our valued partnership with NUAIR, have solidified this position above all others,” said Oneida County Executive Anthony J. Picente Jr. “The FAA approval of the drone corridor between Rome and Syracuse and the growth of NUAIR’s capabilities will continue to elevate us and the entire industry to new heights.”

“Over the past decade our regional partners have worked to position this region as a global leader in the unmanned systems sector and today that leadership has been confirmed,” said Centerstate CEO and President Rob Simpson. “The official designation of the region’s BVLOS 50-mile corridor between Syracuse and Rome marks an important milestone in those collective efforts and shared vision.” New York state’s unparalleled investment in this sector and NUAIR’s leadership have positioned our community at the forefront of this globally relevant industry, driving economic opportunities for communities across Central New York and the Mohawk Valley.” 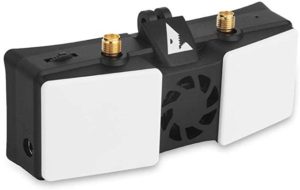 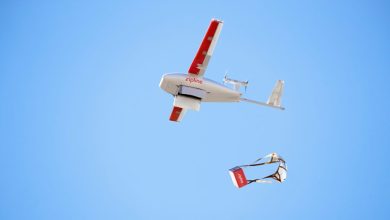 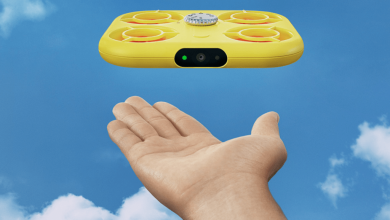