Welcome to our guide to the best headphone tracks we know.

Is it just us, or is the modern world noisier than ever? Whether it’s adverts from all directions screaming for your attention, standup meetings on teams, or that dreaded TikTok woman’s voice, your ears undergo a punishing amount of aural assault on a daily basis.

That’s why, sometimes, you need to unplug and unwind: it’s time to treat those lobes sandwiching your noggin with some exquisite musical experiences. Songs that take you back, whether back to simpler times, bygone memories, back to an old flame, perhaps.

Our guide to the best headphone tracks ever

Getting the best experience your headphones have to offer usually entails queuing up songs you know intimately. Like a core memory burned into your brain, you’ll know every nuance, every hook, and every iota of vocal vulnerability in every second of these tracks. Some audiophiles may even have a dedicated playlist solely to test every aspect of their sound system or headphones.

To save you the hard graft on that front – we’re nice like that – here’s our selection of the best headphone tracks to treat your ears.

Seven Nation Army combines distorted vocals, a thumping bass drum, and one of the most ubiquitous basslines in modern music.

And yet that stinging riff isn’t actually from a bass guitar, trivia fans. To get that effect, Jack White hooked a semi-acoustic guitar to a whammy bar to apply an octave-lowering pitch shift.

And thus, one of the most famous basslines in modern music was born, with a song that’s continually graced movie trailers, sports stadiums and even political events the world over.

With its high dynamic range and throbbing bass, Seven Nation Army is sure to tickle your eardrums. Psst: did you know they’re not actually brother and sister?

First come the haunting synth hooks, followed by the iconic 80s guitar riffs, then the unmistakable sound of Steve Perry, aka “The Voice,” a moniker bestowed by none other than Jon Bon Jovi himself. Separate ways will push your cans’ mid-range capabilities to their limits with its electric composition of melodic synth and ax solos.

It’s a worthy companion to Kate Bush’s Running up That Hill while battling the forces of the Upside Down in Stranger Things, which reinvigorated both songs into the public consciousness. Just maybe give the music video a miss.

This dark dance-pop number is a curious mix of toe-tapping synth bass, finger clicks, Billie’s breathless vocals and an Australian stoplight sound, to boot. Brace yourself at about 2 minutes 30 seconds in for the bass drop. While most pop tunes go for that all too familiar key change, Bad Guy slams on the brakes, before Billie herself usurps your chest-puffing self-visualization and declares, “I am the danger.”

Despite its dearth of instrumentals, don the headphones to experience Billie alternately whispering in your ear with her intimate line delivery. And be sure you’re sat down for that drop.

Fact: your headphones drivers cry every time you queue up Sail. And yet, it’s everywhere. In your TV shows. In your internet memes — so many memes. Hell, even rugby union side Sale Sharks use it as their walk-out music, obviously.

Featuring bass aplenty and melodic synths to keep your headphones’ lower ranges busy, Sail cruises at an almost pedestrian pace, but it sure makes its presence known with every stomping beat. It’s like the slow, systematic torture of a dubstep beat and not half bad for a track with a one-word chorus.

Coming up to 50 years since it was first released, Bohemian Rhapsody remains a groundbreaking opus that few bands have dared to emulate. Coming in at around six minutes and featuring a mid-track operatic section, it’s hard to imagine this track being made today, let alone in 1975.

However, thanks to their continuing success in the form of three previous albums, Mercury et al. were given creative carte blanche for this lead single. Decades later, we have a prog rock track that generations before and generations to come will cherish.

With harmonies galore and Mercury’s higher ranges in glorious effect, this track, remastered for enhanced streaming, offers excellent clarity on a decent pair of headphones – clearly one of the best headphone tracks of all time.

Phil Collins – In The Air Tonight

Featuring one of the finest drum drops of all time, In The Air Tonight starts ever so gently. The first simple drum beat, the soft keyboard melody, Collins’ modulated vocals, and infrequent guitar licks. Then, slowly but surely, the layering of more instruments, a buildup of volume and aggression, before that epic drum crescendo that still catches us off guard, coming so soon after a lyric break and without warning.

A good pair of cans will need to work hard to do the song justice regarding its drum reverb, high dynamic and volume range, and vocal effects. You’ll just need to bring your air-drumming A-game.

Jimi Hendrix – All Along the Watchtower

Possibly the best cover of all time? The song’s writer seems to think so. Bob Dylan professed to take inspiration from Jimi Hendrix’s All Along the Watchtower for subsequent recitals of his own song. Hendrix’s cover was released a mere half year after Dylan’s more stripped back version.

Coming in at the tail end of select bars is the rattle of a vibraslap, courtesy of none other than the original Rolling Stones founding member, Brian Jones.

With the psychedelic guitar solos, the dreamy wah-wahs, the slapping percussion, and the sheer frequency range, you can practically hear Hendrix working his ass off for musical perfection.

Closing out the Ryan Gosling vehicle, Drive (ho ho), A Real Hero was the result of a collab with Electric Youth and French electronic artist College. The song’s lyrics make direct reference to Captain “Sully” Sullenberger’s heroic actions during the “Miracle on the Hudson” incident.

A Real Hero captures that heavenly “San Junipero” synthwave vibe that delivers some catchy bass notes. Meanwhile, those on headphones should drink in Bronwyn Griffin’s breathy vocals. You won’t find a crescentic chorus or layered instrumentals here, just some delightfully pared-back vocals and harmonies giving lots of clarity and poise.

In truth, several efforts from Massive Attack could have easily crashed this list. However, Teardrop just pips the rest, thanks to its haunting ambiance, melancholic melody and Elizabeth Fraser’s otherworldly warbling.

The band built the track around the now iconic harpsichord riff, which was created by producer Neil Davidge.

It remains a must-listen on headphones thanks to its synthetic vinyl scratchiness, distinctive mid-range harpsichord and atmospheric vocalisation. Interrupting the quiet moments is the heavy, heartbeat bass, requiring quite a juggling act for your headphones to do justice to its dynamic contrast. It’s undoubtedly one of the best headphone tracks ever.

An effortlessly cool blend of disco, funk and soul? This kind of sorcery could only happen under the watch of three music powerhouses: Nile Rodgers on guitar, Pharrell handling vocals and French electronic duo (and sadly consciously uncoupled) Daft Punk.

The track spent an epic 18 months in development, and it shows. Despite all the cooks in the mix kitchen, there’s a clean production quality in this modern classic that gives each element and instrument distinction and room to breathe. What treats your cans is the punchy bass and mid-range riffs and harmonies. get lucky? They surely did. 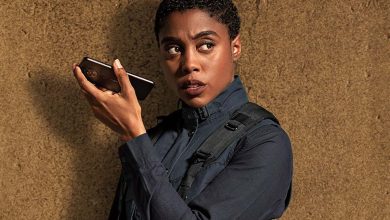 The best Bond devices ever – fantasy and actuality 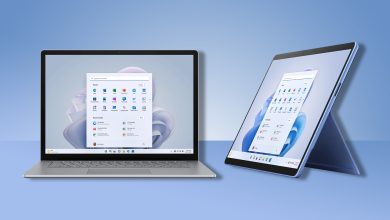 Microsoft Floor Professional 9 vs Floor Laptop computer 5: what is the distinction?