MIDDLETOWN — Less than a week into the city’s introduction of a micro-transit electric-powered bicycle and scooter pilot program, local travelers have embraced the new mode of quick transportation by taking short trips around town.

Drivers may have noticed the light-blue, environmentally friendly and electric-powered Bird bicycles and black scooters resting on sidewalks throughout the city, mostly in the downtown, North End and surrounding area — and wondered whether anyone can try them out.

Acting Director of Economic and Community Development Bobbye Knoll Peterson encouraged people to take a spin for short trips around the city through the rideshare app.

During that period, 641 unique users tried out the service, traveling a total distance of about 1,660 miles. A good number of riders are from Wesleyan University, said Peterson, who said those users alone traveled a total of 800 miles in the first five days.

Middletown put out a call to e-bike and kick-scooter companies late last year, seeking bids from micro-mobility companies in an attempt to encourage more folks to ditch their cars for certain trips and hit the road with an eco-friendly transportation option .

Bird contacted the city and won the project, Peterson said. “We had a sense of what we wanted, what we didn’t want,” she said. “… There could be all sorts of different ways to use them successfully.”

The city worked with Bird to create a map that “locked out” certain areas where the bikes and scooters may not be ridden, which can be adjusted if necessary. These can be fine-tuned at any time, Peterson said.

A big selling point was the company’s geocaching, as well as a local fleet manager who can relocate bikes and scooters left in more remote areas, she added. “They’ve created a system where we can manage where we do and don’t want these vehicles to go,” the director explained.

The app uses geocaching to show available bikes and scooters in real time, and people even can reserve one. The idea is to have a bike or scooter located within a block of certain “hot spots,” such as the Russell Library on Broad Street.

That way, users can ride to a destination, leave the bike or scooter outside for others to use, and very likely find another one within a short walking distance most of the time, Peterson said.

Time can be purchased in increments by scanning a QR code.

When the ride is over, the app requires the rider to take and submit a photograph of the bike or scooter resting on the sidewalk.

There are no gears on the bike, which makes pedaling easier, and people will get exercise, despite the lack of resistance, Peterson said.

They should not be ridden on sidewalks, the company said, and users should travel in bike lanes on the right side of the road. They are self-locking, so bike racks or docks are unnecessary.

Drivers may pass people on scooters and bikes if they leave at least three feet between the motor vehicle and the rider, according to state law. Helmet-wearing is encouraged.

There are other benefits, Peterson noted, as opposed to buying an e-bike or e-scooter: no maintenance is required, and there’s no need to store them at home, where space may be limited, she said.

“The feedback has been great,” Peterson said. “By and large, what we have heard from people that they appreciate this program.” Through Bird’s community pricing program, low-income riders, Pell Grant recipients, select local nonprofit and community organizations, veterans and older riders are eligible for a 50 percent fare discount.

The bikes and scooters can be used by anyone 18 or older using the Bird app on a smartphone, which requires a credit card or PayPal account. Exact pricing depends on the ride, according to the app, but most cost $1 to start and 49 cents a minute while they’re in operation.

The app may be downloaded at the Apple store or through Google Play. For information, visit bird.bike. 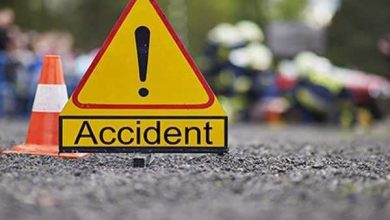 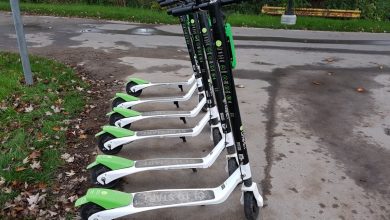 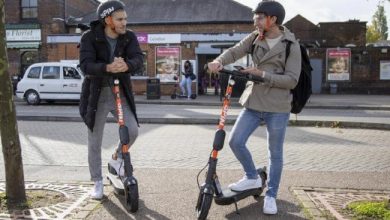