NEW YORK (CBSNewYork) – Police are looking for a man accused of throwing a scooter on an MTA bus, which smashed the windshield.

The incident occurred shortly after 11 a.m. on December 18 on Lafayette Avenue near Rosedale Avenue in the Bronx.

Police are looking for a man who is accused of throwing a scooter on an MTA bus that smashes the windshield on December 18, 2020. (Photo credit: NYPD Crime Stoppers)

The surveillance video from the bus shows a man on a scooter ride in front of the bus, cutting in front of it from the driver’s side.

According to police, the 56-year-old bus driver was hit by debris when the windshield broke and taken to a local hospital with minor eye injuries.

Anyone with information about this incident is encouraged to call the NYPD Crime Stoppers Hotline at 1-800-577-8477 or for Spanish, 1-888-577-4782. Tips can also be sent to the NYPDTips Twitter account or submitted online at NYPDCrimeStoppers.com. 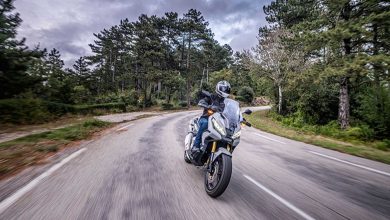 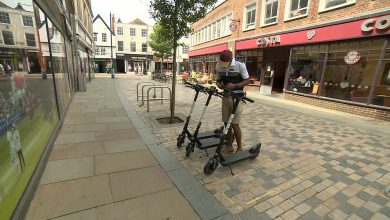 E-scooter take a look at expanded regardless of being scrapped; ITV information meridian