Knoxville leaders gathered to discuss ways to improve the city’s e-scooter program before it ends on December 31st.

KNOXVILLE, Tennessee – Knoxville leaders gathered Tuesday evening to discuss ways to improve the city’s e-scooter program. The current pilot program is scheduled to expire on December 31 of this year.

They said the scooters are mostly used downtown and Fort Sanders, and a lot of people are taking them to the areas around Cumberland Avenue. In February you completed a community survey on e-scooters and found some general criticisms of the common scooter system.

Most people complained about people driving them on sidewalks, saying they were concerned they could result in injuring users and pedestrians. Respondents also stated that the scooters tend to be parked incorrectly.

The heads of state and government proposed creating parking spaces for scooters and introducing a permit system to cover the fees. The City of Knoxville would pay for parking first, but then recoup those payments with permit fees.

They planned to create 15 scooter spaces in the city center and in Fort Sanders. They could store 10 devices at a time, saying they should reduce the clutter in Knoxville and help keep people from walking on sidewalks.

“It’s much faster to drive to Sevier Ave and have a beer on a nice day than it is by foot, but at the same time, not everyone does that on scooters,” said Chris Williams, who was at the meeting. “Some people just drive up and down one-way streets pretending to be the kings of the street.”

The leaders also said they would be more responsive and consistent in punishing drivers who break the rules.

They also said they would propose adding 50 scooters, seat scooters and e-bikes to the streets of Knoxville.

Before changes can be made, the Knoxville City Council must approve them. The city guides are still collecting feedback on the e-scooter guidelines and anyone with a comment can email scooters@knoxvilletn.gov. 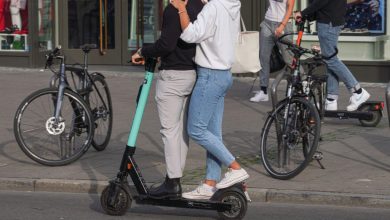 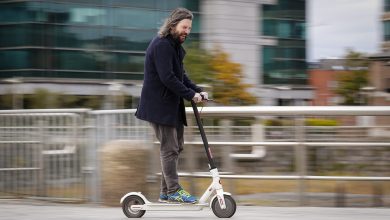 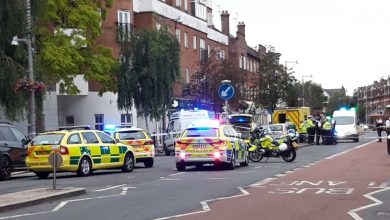 A person is hospitalized in an e-scooter crash in Twickenham