Many people and researchers have tried to guess and find out how good the TikTok algorithm is, but some of the results that have come to light in the past left some people and the media puzzled and amazed at the time.

A former Google engineer who worked on YouTube’s algorithm found that the platform uses a very similar, essentially the same method, although not as extreme as TikTok’s (via 9to5Mac). TikTok uses four signals to determine what you see, share, like, and follow. A recent analysis showed that one of these is already more than enough to get to know a user’s favorite topic and main interests, but the other three help even more to narrow down and improve the algorithm.

The Wall Street Journal made a 13 minute video to share its findings, but we’ve rounded up some of the important and interesting parts here.

“We found that TikTok only needs one of them to find out: how long you dwell on a piece of content.

Every second you hesitate or watch again, the app is tracking you. It is through that one powerful signal that TikTok learns your hidden interests and emotions and drives you deep into rabbit holes with content that is difficult to escape.

The TikTok experience starts the same for everyone. Open the app and you will immediately see an endless series of videos on your For You feed. TikTok first provides the account with a selection of very popular videos that have been reviewed by app moderators. “

The WSJ created 100 bot accounts with age, location, and some points of interest to run these tests. It is interesting that the interests were never entered directly into the app, but simply videos were selected and viewed based on the identified hashtags and content. The bot has been programmed to look for hashtags that the AI ​​associates with interests for that particular bot. When the bot found a video that matched its interests, it stopped scrolling and looked at the content. Sometimes the video was viewed multiple times to make sure the algorithm knew the bot was enjoying it.

The investigation found that all videos and the number of views were contracted and closely aligned with the interests of the user.

“The results were analyzed by data scientist and algorithm expert Guillaume Chaslot, a former Google engineer who worked on YouTube’s algorithm.

He is now an advocate for the transparency of algorithms. He says TikTok is different from other social media platforms.

“The TikTok algorithm can become much more powerful and learn your weak points much faster.”

In fact, TikTok fully got to know many of our accounts’ interests in less than two hours. Some found it out in less than 40 minutes. “

WSJ programmed another bot to be interested in sadness and depression.

“Less than three minutes when using TikTok in the 15th video, [bot] kentucky_96 is taking a break [sad video about losing people from your life]. Kentucky_96 is watching the 35 second video twice. This is where TikTok gets a first hint that the new user may be feeling bad lately.

The information contained in this single video provided important pointers to the app. The author of the video, the audio track, the video description, the hashtags. After kentucky_96’s first sad video, TikTok 23 videos served another one later – or after about four more minutes of watching.

This is a breakup video with the hashtag #sad. TikTok is still trying to find this new user, with more high-traffic videos [but] on video 57, kentucky_96 continues to watch a video about heartache and hurt feelings. And then you watch one on video 60 about emotional pain.

Based on the videos we’ve seen so far, TikTok believes that this user might want to see more about love, breakups, and dating. After about 80 videos and 15 minutes, the app starts to tell more about relationships. But kentucky_96 isn’t interested.
Instead, the user pauses at one about mental health and then quickly swipes past videos about missing an ex, advice on how to move on, and how to keep a lover interested. But kentucky_96 dives on this video with the hashtag #depression and these videos are about anxiety.

After 224 videos of the bot’s overall journey, or about 36 minutes of total playback time, TikTok’s understanding of kentucky_96 begins to take shape. There are more videos about depression and mental health issues than those about relationships and breakups. From now on, kentucky_96’s feed is a deluge of depressive content. 93% of the videos shown on the account are about sadness or depression. “

The following is evidence that the algorithm can be easily manipulated by looking at a topic or interest for a period of time. As soon as the algorithm has found these interests, it automatically adapts itself and only includes videos in the feed that match the interests of the user.

This method is great for fun and uplifting content, but much less for those suffering from depression and sadness as it can make them feel worse. 9to5Mac points out that conspiracy theorists may end up feeling that such views are mainstream and widely accepted, even though some of the things have not been factually checked and proven to be true at all.

TikTok prioritizes engagement over mental health, and Chaslot says YouTube does something similar with its recommendation algorithm, but it’s a lot less extreme.

What do you think of the new insights into how TikTok works? Did the algorithm figure out your favorite interests and hobbies? Let us know in the comments! 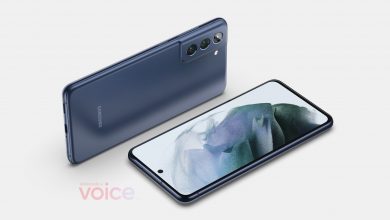 Apple was the world’s main smartphone supplier within the fourth quarter of 2020, rating second by HUAWEI