“Science has not yet mastered prophecy,” said legendary astronaut Neil Armstrong. “We predict too much for the next year and yet far too little for the next ten.”

DroneLife 3 – Predictions – For – The – Drone – Industry – In – 2023That quote holds true for all emerging sectors, and the drone industry is no exception. As DRONELIFE enters its tenth year, it’s particularly meaningful. We’re looking back at the many developments and achievements that we’ve seen in the industry over the last decade – and making a 3 predictions about the drone industry in 2023, based on last year’s top stories.

The Drone Industry in the Last Ten Years

It may be hard for newer entrants to the sector to realize that just 10 years ago, the commercial use of drones was actually illegal in the United States, according to a Section 333. From 2014 – 2016, companies who wished to operate drones commercially had to receive a Section 333 exemption from the FAA. It wasn’t until the introduction of Part 107 in 2016 that there was a clear and standardized legal path for commercial drone use.

While Part 107 was a huge step forward for the drone industry, drones were still primarily flying cameras – and obstacle avoidance systems weren’t yet common place. Hardware and operating systems have made huge strides over the last 8 years – drones are much easier to fly consistently and safely, and sensors and use cases have continued to evolve.

As the drone industry grew, so did the paperwork for both pilots and FAA. FAA released the first version of the B4UFly app in 2016. The LAANC (Low Altitude Authorization and Notification Capability) was introduced in 2017, further smoothing the way to commercial drone use. Since then, as FAA partner Aloft announced in July of 2022, the B4UFly app has processed more than 20 million airspace searches, and in 2022 commercial LAANC authorizations increased more than 100% over the year before. A rule of operations over people and at night was implemented in 2021, removing further barriers to commercial operation. Remote ID – announced at the very end of 2019 – will be finally implemented in 2023.

Along the way, as the “gray area” of commercial drone operation cleared and enterprises were able to license, insure, and standardize drone operations, use cases evolved. In 2013, most drones used commercially were used to capture pictures of homes, weddings, news stories, or other easily consumable images. In 2022, we’ve seen drones used to create sophisticated 3D models of assets like telecom towers, assist police and swat teams with two way communications, and carry sophisticated sensors to detect minute changes in atmosphere. We’ve progressed from having to watch the drone in front of you while you manipulated joysticks to the possibility of operating a drone on Mars from the safe comfort of an office on Earth.

3 Predictions for the Drone Industry in 2023

As we look back at the amazing changes we’ve seen in the last decade, we’re looking forward with optimism and excitement to next year. Here are our top 3 predictions for the drone industry in 2023.

Whatever happens in 2023, we’ve learned a lot in the last ten years. The drone industry is living up to its promise to perform dark, dirty and dangerous jobs quickly, safely, and cheaply. Drones are no longer a solution in search of a problem – they’re a significant tool driving efficiency and innovation. In 2013, we may have been a little overly optimistic about the timeline: but we couldn’t possibly have foreseen the amazing developments and achievements we’ve witnessed since then.

The best is surely yet to come. 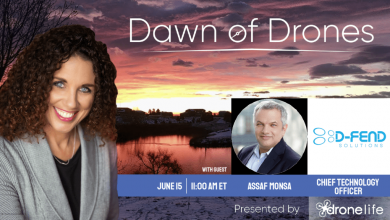 D-Fend on Daybreak of Drones June 15 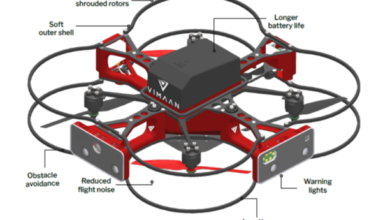