Heisha Tech has developed a drone-agnostic, autonomous drone kit that enables developers to create drone-in-a-box solutions for their commercial drone solution – and it could be a turning point for the drone industry.

Autonomous drones are big news. As regulations for flight beyond the line of sight (BVLOS) evolve around the world, the opportunity for completely remote drone missions – those performed at a considerable distance – is expanding. For remote mining locations, unoccupied areas such as parking lots or warehouses that require perimeter security, construction sites, and more; autonomous missions offer real added value.

However, full autonomy poses major operational challenges. In the absence of an operator on site, the hardware must protect a drone from the effects of the weather, house it and charge the battery: all while maintaining the operational safety of the aircraft. These challenges are met with “drone-in-a-box” solutions: high-end products that include the drone, remote operating systems and the necessary hardware for autonomous missions.

Heisha’s innovation lies in developing the critical hardware and software required for autonomous drone solutions, integrated into commercial off-the-shelf drones such as DJI and Autel – and in making their drone-independent development products available to drone manufacturers everywhere. Their autonomous drone kit enables developers around the world to turn drone hardware into fully autonomous systems for remote missions.

This year they upgraded a key component of their solution with the Heisha A100 Drone Smart Charging Module. The Smart Charging Module is a sophisticated system that ensures the long-term security of the integrated hardware. The air conditioning and air duct system provide the ventilation and temperature control required for the condition of the drone battery. The intelligent temperature control board monitors the air temperature and optimizes the use of the air conditioning system to save energy. The intelligent charge control board protects against overcharging or deep discharge. In an emergency, the fire-fighting plaster protects the system.

The Heisha A100 Drone Smart Charging Module is only part of the Heisha autonomous drone kit. Heisha’s developer solutions provide an affordable option that allows hardware manufacturers to focus on the drone but expand their market to take advantage of the great opportunities that autonomous missions offer.

Read more about Heisha innovations: Heisha Charging for the Mavic Mini, the Heisha D-Nest and the Developer Solutions.

Coke, DroneUp and Walmart be part of forces on launch 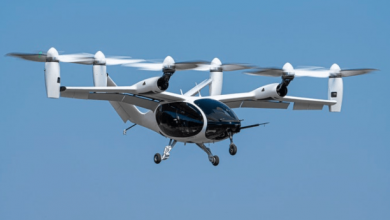