Google Pixel 6a vs Samsung Galaxy A53

Brands like Motorola and Samsung have dominated the competition in the North American mid-range smartphone market for quite a while. And year after year, they continue to launch devices that look modern, have a good feature set, and are available at attractive prices. The latter is especially true when tied in with carrier offers.

But with the newly launched $449 Google Pixel 6a and an improving share in the smartphone market, Google is faced with an opportunity to increase its presence. Hence, this article pits the new entrant against the Samsung Galaxy A53, a phone that’s part of a proven lineup and is also priced at $449, to see which of the two devices you should pick!

When comparing the Pixel 6a and Galaxy A53, it’s visible that the Samsung device has its unique elements, while the Pixel 6a borrows heavily from its flagship brethren. The Pixel 6a’s adoption of the design is a positive look in our books, especially as it will help increase brand awareness.

So, on the 6a, you will see the Pixel 6 and Pixel 6 Pro-like camera bar housing its two camera lenses and a dual-tone finish on its thermoformed back panel. If you flip it around, you’ll see a display with a hole punch cutout, and to hold the two sides together, Google uses a midframe made from recycled aluminum.

The Galaxy A53 is in a similar boat with its polycarbonate back panel and centered hole-punch display, but it chooses to ship with a plastic frame instead of metal. The camera array on the Samsung is also quite traditional, as it features a camera island housing the four lenses.

Upon examining the buttons and ports, you will find the Pixel 6a to have its USB C port on the bottom and its volume rockers and power button towards the right. The Galaxy A53 features the same idea, though the power button is below the volume rockers, unlike the 6a, where it is above. Lastly, each device also uses under-display fingerprint scanners and comes with an IP67 rating.

From the images you’ve seen until now, you may have noticed that the Pixel 6a and Galaxy A53 have similar-looking screens, but their specifics are quite different. The Galaxy A53 is the larger of the two, with a 6.5-inch FHD+ Super AMOLED panel having a 120 Hz refresh rate. On the other hand, the Pixel 6a comes with a 6.1-inch FHD+ OLED display that’s only capable of refreshing at 60Hz.

As mentioned earlier, both of these panels have a centered hole-punch cutout and feature a fingerprint sensor under the display.

The Galaxy A53’s advantages in terms of specifications continue with its use of Gorilla Glass 5, while the Pixel 6a uses years old Gorilla Glass 3.

When you look at the midrange market, a high degree of performance isn’t always at the top of the checklist for many, with OEMs attempting to get “just enough” in there to ensure a device can handle day-to-day activities and multitasking. Such a notion isn’t wrong at all, as this allows them to focus on other aspects of a device, but at the same time, it also puts phones like iPhone SE 2022 in a separate league — owing to its use of Apple’s flagship A15 Bionic.

But with Pixel 6a, Google ships the exact processor found in its flagship. While this decision doesn’t give Apple a run for its money, it does make the competition a little difficult for other Android devices. Google Tensor is said to be similar (or better) to the Snapdragon 860 in terms of performance, and in North America, there aren’t many budget devices that can match that!

The Exynos 1280, found on Galaxy A53, offers a level of performance that puts it behind Qualcomm’s Snapdragon 778G (a processor common in budget phones), and even that chipset is no match to the Google Tensor in terms of raw power. Hence, if longevity and overall ability to multitask is something to be considered, the Tensor holds an advantage worth keeping in mind. Not to ignore its prowess in AI-related tasks, which Google harnesses for its unique set of Assistant-based features.

Both devices ship with a minimum of 6GB of RAM and 128GB of storage. While Pixel 6a buyers are stuck with the single SKU, Galaxy A53 buyers might be able to get an 8GB RAM and 256GB variant, depending on geographical location.

When looking at camera performance, Samsung and Google have continually impressed with the hardware they offer as a package and the overall image quality they produce. Hence, it wouldn’t be wrong to assume that both phones will do great in your daily adventures.

The article stated earlier that the Google Pixel 6a comes with a dual-camera setup, and this includes a 12.2 MP Wide and 12 MP Ultrawide camera. The Galaxy A53 features twice the number of lenses, including a 64 MP Wide, 12 MP Ultrawide, 5 MP Depth, and a 5 MP Macro lens, but the 5 MP sensors aren’t worth heeding too much attention.

If you focus on the front, Samsung holds an upper hand because of the higher resolution 32 MP sensor, while the Pixel 6a ships with a much lower resolution 8 MP Fixed Focus sensor.

The images coming out of both phones should be more than satisfactory, and if you were impressed by the photos the Google Pixel 5a captured last year, the Pixel 6a is poised to offer an even better experience.

Focussing on the batteries on offer here, the Pixel 6a and its smaller chassis come in tow with a 4410 mAh cell. This cell should last most users through a day of use, but it remains to be seen how Google has optimized the smartphone to function. In comparison, the Samsung Galaxy A53 has a larger 5000 mAh cell which should also be able to provide a whole day of use.

If you’re wondering how these devices charge, the Pixel 6a supports 18W fast charging, while the Galaxy A53 can accept 27W. Neither phone has support for Qi Wireless Charging.

Choosing between the Pixel 6a and Samsung Galaxy A53 can be confusing for many, as the devices are similar on many fronts. While Samsung holds an advantage in the display and battery segments, the Pixel 6a excels in performance and is bound to offer a better camera experience if past results are a metric to go by!

Hence, we feel that if you’re looking to get access to the renowned Google Photo Algorithm and an Android user experience as Google intended, the Pixel 6a is the device to get. But suppose you need a phone with better endurance and a pleasing visual experience. In that case, the Samsung Galaxy A53 holds a strong position with its lower-powered chip and larger battery, not to say it will also charge faster if required.

Google Pixel 6a offers best-in-class features and specifications, shipping with Google Tensor, highly-capable camera hardware, and a refreshed design, worth the asking price of $449. 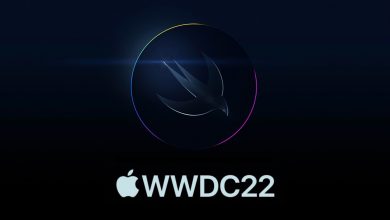 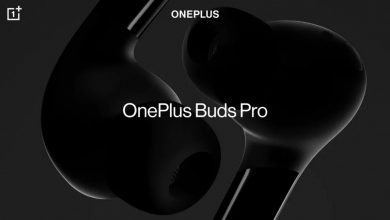 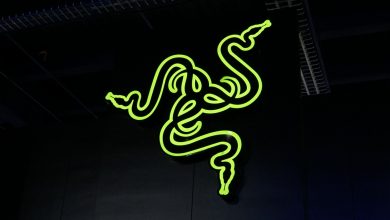 Razer gaming peripherals are at present getting as much as 54 % off!