Google I/O 2022 featured several announcements, from teasers for the upcoming Google Pixel 7 and Google Pixel 7 Pro, plus tidbits of information related to the forthcoming Pixel Watch and 2023 Google Pixel Tab. Apart from these, Google even introduced us to the Pixel Buds and Pixel 6a, which will go on sale soon.

Although, in this article, we will focus on the new budget Pixel device, the Google Pixel 6a, and compare it with the iPhone SE (2022) to see how these devices stack up against each other.

Unlike the iPhone SE (2022), the Pixel 6a brings a massive overhaul to Google’s budget smartphone. The plain design of its predecessor — the Pixel 5a — has been replaced with the design language of the Google Pixel 6 and Google Pixel 6 Pro.

While the iPhone SE looks ordinary with its single camera lens and plain glass back (a look that has its charm), the Pixel 6a remains the better-looking device with its dual-tone composite back and camera bar.

Both phones feature a matte aluminum mid-frame, but on Pixel 6a, each of its colorways uses a black frame. On iPhone SE, the color changes along with the back glass panel.

Looking at buttons and port placement, the Pixel 6a has a USB C port on the bottom and its volume rockers and power button on the right. The previously available headphone is now gone, leaving the 6a with a plain top. With iPhone SE, users will find the power button to the right, volume rockers and a physical mute switch on the left, a Lightning port on the button, and a Home Button on its face, including the fingerprint sensor — Pixel 6a features an under -display scanner.

Both devices, with their rigid construction, maintain an IP67 rating.

Flip around the devices to their front, and a difference in their levels of modernity will begin to show. This was a point we focused upon in our comparison of the iPhone SE and Samsung Galaxy A53, and it comes up once again as the Pixel 6a does a great job at this differentiation.

On Pixel 6a, users will find a reasonably sized 6.1-inch FHD+ OLED display with a center hole punch cutout. The iPhone SE is miles behind with its thick top and bottom bezels and 4.7-inch Retina LCD. While the SE has its fans, we hope an updated design for Apple’s budget offering is on the cards.

Looking at other aspects of the hardware, Pixel 6a also has a higher contrast ratio and resolution, which we bet will make the display a treat to use. The Google phone also uses Gorilla Glass 3, while there’s no such information present for the device from Apple.

While the iPhone SE falls short of the Pixel 6a in several hardware aspects, there is one where the Google phone is bound to be found playing catch up if you’re looking to perform some intensive tasks on your phone.

The A15 Bionic packaged in iPhone SE (2022) is the same processor found on the iPhone 13. It leads the Google Tensor in raw processing and increased graphical prowess. While this advantage can be apparent in mobile gaming and productivity, we believe its primary benefit is the extended software support Apple can offer as the chipset has a significantly high performance limit.

The Google Tensor is no slouch, and the OEM does promise five years of updates (three OS and five security), but it will hit a cap before the SE. Hence, if you’re planning on using a device for an extended period, the SE is something to consider!

The camera hardware on these devices is one aspect where the Pixel 6a will likely floor the iPhone SE. The single 12 MP camera on the iPhone captures decent pictures. Still, pit against the Pixel 6a and its Google Tensor-powered prowess, it will fall short, as the 12.2 MP Wide and 12 MP Ultrawide offer more capability and a set of software features that makes capturing images a lot more fun.

While the rear camera might end up in a landslide victory for the Pixel, the front camera on both devices is likely to produce similar results. The Pixel 6a comes with a fixed focus 8 MP camera, while iPhone SE comes with a 7 MP unit.

Lastly, we come to the battery life of these devices. The iPhone SE comes with a 2018 mAh cell that Apple promises can offer all-day use. Reviewers mentioned the device performs better than its previous generation, and if you’re a light user, the device should more than suffice.

The Pixel 6a features a smaller battery (4410 mAh) than its predecessor, but the efficiency improvements brought by Tensor are expected to provide similar or better battery performance that can keep you away from the charger throughout the day and possibly tide you over into the next .

For charging, Google advertises the Pixel 6a to support 18W charging, but there aren’t any other support metrics. For iPhone SE, Apple claims a 30-minute charging session with its 20W USB C Adapter (or higher) will provide a 50% charge. The SE also supports Qi Wireless Charging if you prefer its convenience.

If you’ve read this part or skipped it, even reading the spec sheet should clarify that the Pixel 6a has a combination of features that makes it better than almost every option in the sub-$500 market for North America. The equation in Asia is different due to popular Chinese brands, but in this battle against the iPhone SE, the Pixel 6a is the device to prefer unless you need access to the iOS ecosystem.

It has a display and camera setup bound to overshadow the iPhone SE, and its processor can hold its own, making the Pixel 6a a top choice for $449.

Google Pixel 6a offers best-in-class features and specifications, shipping with Google Tensor, highly-capable camera hardware, and a refreshed design, worth the asking price of $449.

iPhone SE 2022 arrived with 5G support and the A15 Bionic SoC, offering the unparalleled performance of the iPhone 13 at a low cost. It is the most affordable iPhone available and comes with new camera features and improved battery endurance over its predecessor. 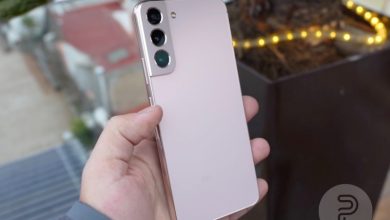 What storage measurement do you want for the Galaxy S22? 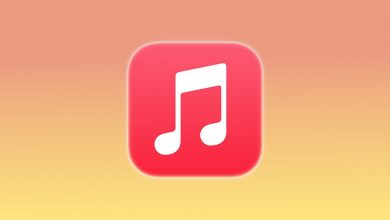 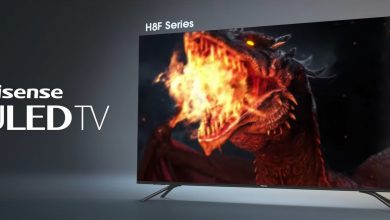