Flytrex, the leading provider of on-demand drones, has announced that it has raised $ 40 million in its Series C funding round, bringing its total funding to $ 60 million. OurCrowd, Lukasz Gadowski, founder and chairman of Delivery Hero, as well as the existing investors Benhamou Global Ventures (BGV), btov and BackBone Ventures took part in the round led by the BRM Group. Flytrex aims to use the funds to accelerate expansion in the US and to drive partnerships with leading retailers and quick service restaurants (QSRs) with the aim of making drone delivery services more general.

This latest round of funding follows several major Flytrex launches and additions. The company recently opened its third drone delivery station in North Carolina, delivering food orders from restaurants and chains in the Holly Springs Towne Center directly to local residents’ backyards. Flytrex has been operating in North Carolina since September 2020 when it began delivering groceries, household items, and restaurant orders to select customers in Fayetteville, with service having since expanded to the city of Raeford. The number of Flytrex orders at its North Carolina operations has increased more than ten-fold since last February, with the company completing thousands of shipments to date.

“The delivery of drones on demand has skyrocketed since the pandemic began and is becoming much more mainstream, much faster than expected,” said Flytrex CEO and co-founder Yariv Bash. “We are excited to continue to work with the FAA, the North Carolina Department of Transportation, and others to enable fast, affordable, and sustainable on-demand drone delivery to more partners, communities, and consumers across the country.”

In 2017, Flytrex successfully rolled out the world’s first fully autonomous urban drone delivery system in Reykjavik, Iceland. Since then, the company has helped drive regulatory advances aimed at getting drone shipping off the ground. Flytrex participated in the Federal Aviation Administration’s UAS Integration Pilot Program (IPP), which ended in October 2020, and continued the FAA’s subsequent initiative, BEYOND, to work with the North Carolina Department of Transportation to address the remaining challenges of UAS integration .

“We are committed to helping companies that have the potential to change people’s lives for the better, and Flytrex’s impact on retailers and consumers fits that mission perfectly,” said Eran Barkat, partner, BRM Group. “Drones are playing a key role in revolutionizing last mile delivery for communities around the world, and we are excited to help the Flytrex team take the future of food and home delivery to new heights.” 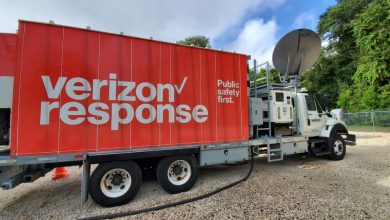 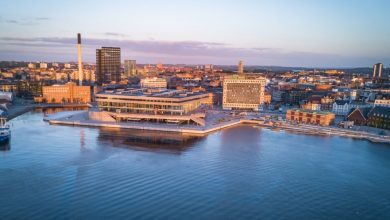 Drones for cleansing up garbage in Danish waterways