Emojis are everywhere and are a clear sign of how far we have come since the age of the T9 keyboard, where combinations of special characters delivered a hint of our emotions. Well, today is the 20th World Emoji Day, a celebration that owes credit to Jeremy Burge, the inventor of Emojipedia. And to commemorate the occasion, we decided to showcase a list of the top 20 most used emojis.

The data presented here originates from the Unicode Consortium’s Emoji Frequency page. In case you are unaware of what the Consortium is, it is the non-profit organization behind the way text is displayed on modern devices and serves as the group that implements new emojis after considering public opinion.

To make this session a little more fun, in case you have a pen and some paper around or an easier way to make a comparison, why not bring up the recently used emojis on your phone to see how it matches up to this list and whether one of your favorites made it near the top.

These are the 20 most used emojis

Face with Tears of Joy

The Unicode Consortium Emoji Frequency counter has two years of data, 2019 and 2021, and for the second time running it, the Face with Tears of Joy emoji tops the list. You’ve most likely used this emoticon to express laughter, and we think it’s bound to be first with the number of times all of us mash it when we see a meme.

In second place on the list is the Red Heart emoticon. It is not shocking to see this cutesy little vector near the top as its simplest way to express affection in the digital world. See a cute pet photo, an affectionate message, or a loved one succeeding? The red heart is the perfect bundle to reply with to show your support and care.

Rolling on the Floor Laughing

The Rolling on the Floor Laughing emoticon is one that’s only been available since 2016, but its relevance is evident as it moved up from its previously reported 4th rank to the 3rd on the list. We think it’s an even better reaction to a funny meme and believe it could be on its way to replacing the current leader in the coming years.

At number 4, we have the Thumbs Up. Need to confirm that you will handle a crisis or already have it under control? Well, this emoticon is the perfect indicator of your position and confidence levels at the moment. In 2019, the emoji placed 10th and has since jumped six places, making it the most used emoji in the People and Body subcategory.

Need to signify a feeling of relief after an extremely pressing situation or want to show how sad you’re about what’s happening? The Loudly Crying Emoji, which places 5th, has got you covered. While it is ideally suited to troublesome situations, we’re glad when it is given some context, it can have a positive spin.

A sign of gratitude never goes unappreciated, even if someone doesn’t outright tell you so. The folded hands emoji (also mistaken for a high five previously) is the perfect way to do it over text. But hey, don’t forget to add some words in there. The emoji maintains its place as 6th when compared to the table from 2019.

Following the red heart, the next emoticon showing a sign of affection on this list is the Face Blowing a Kiss. You’re likely to see it come from your significant other, family, and close friends, especially if you’ve delivered on a favor they require. The emoji also sees a rank jump, moving from 9th to 7th on the list.

Next, within the realm of affection, is the Smiling Face with Hearts. It makes a significant leap from the 16th position to the 8th, and we think it’s a great addition that perfectly expresses the softness of the love you may have for someone. Remember that this emoji was only added to devices in 2018, and it might just be a contender for one of the top spots in the coming years.

Following the other two is the Smiling Face with Heart-eyes. We think this emoji is the perfect way to express a fondness for any item of which you’ve received an image. Be the mountains, a pet, a family photo, or that fancy designer bag (or the latest technology here at Pocketnow); this emoji will fit right in!

Unfortunately, according to reported data, the emoji is on its way down the ladder as it falls from 3rd to 9th.

Rounding out the Top 10 is the Smiling Face with Smiling Eyes. The emoticon ranked 5th in 2019 and does look to be losing steam, but if you’re looking to show someone that you appreciate what they’ve done for you without going overboard, it’s a great emoji to have handy.

Starting off the next ten is the Party Popper emoticon. Are you throwing a birthday dinner or celebrating a milestone? This emoji is the perfect way to show what is about to happen. It is also an ideal emoji that can add a celebratory feeling to someone’s joyful news that you have received over text.

The Party Popper makes a significant jump in ranking, coming up 14 places to rank 11th after it placed 35th in 2019. Perhaps if it was sentient, it could choose to celebrate its success 🎉.

At number 12, we have the Beaming Face with Smiling Eyes, an emoticon that has slightly jumped from its previously reported rank of 13. Want to indicate happiness without going overboard or cheekily break some happy news? This emoji is the perfect go-to for such scenarios.

Circling back to the emotion of affection, ranked 13th on the list is the Two Hearts emoji. It’s a nice little graphic to showcase your love for someone, similar to the red heart. Unfortunately, it does seem to have lost position, as it moved down from the 7th place it held previously.

Next on the list is the Pleading Face emoji, arguably one of the cutest creations that made its way to devices in 2019. Need a favor from someone or feel bad about putting someone in a difficult place? The Pleading Face can easily display your regret and let someone know how you feel about the situation.

The Pleading Face also made the largest jump in rankings on the list, moving to 14th from 97th reported in 2019.

Unfortunately for the Grinning Face with Sweat, there was a drop in rankings, which sees it place 15th instead of 11th. We wonder how it feels about that 😅

Ranked 16th, you will find the Fire emoji. It’s pretty simple to explain what it means; it is just used to signify the element, right? We’re kidding. For the uninitiated, the Fire emoji serves as a way to not only refer to an actual fire but also indicate that something is attractive or great, be it in terms of value or otherwise.

The Fire emoji wouldn’t think its drop in ranking was fire, though — the emoji fell from 15th to 16th.

Next is the simple smiling face emoji. Introduced in 2010, it is possibly the plainest version of a smile you’ll find on your emoji keyboard. It doesn’t have any colors and is probably the way to go if you’re into the minimalist lifestyle. Smiling Face has also improved in rankings, moving to 17th from 26th.

In number 18, we have the Person Faceplaming emoticon. It moves into the Top 20 after having ranked 34th in 2019. We’re shocked it isn’t any higher, especially with all the silly jokes and things we humans generally pull-off.

But if you want to display frustration, is this one of your go-to’s? It is mine.

Joining the other hearts on this list is the Heart Suit. On some platforms, you may see this emoticon with a less glossed-up finish than what you see on the 2nd placed Red Heart. Its unique finish compared to other emoticons is probably a primary reason behind its high ranking, which, unfortunately, is still a step down from its previous high of 14th.

And completing this list is the Person Shrugging emoji. Find yourself in a conversation or situation where you can’t form a proper link and come up with an answer or perfect reply? Well, this emoji is the ideal way to indicate your indifference to the scenario or lack of information.

With that, we completed the round-up of the Top 20 Emojis, according to the report published by the Unicode Consortium. We look forward to seeing how this list will change for 2022 or 2023 whenever they decide to issue its next iteration.

What are your thoughts on this collection? Did one of your favorites or recently used emojis make a list? Let us know with a comment below. 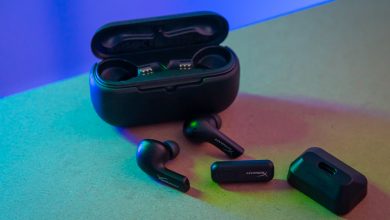 Apple Watch Collection 6, AirPods Professional, and extra units are at present on sale 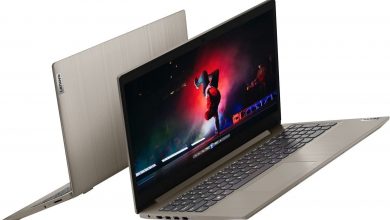 Lenovo’s IdeaPad Three Laptop computer is at present 60 p.c off! 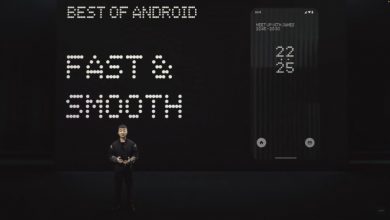 The brand new Nothing Launcher provides… nothing new for now