The Drone Service Providers Alliance (DSPA) warns that drone federalism – the idea that states and local governments should share control of the airspace – could be added to the draft budget debated in Congress today. The group encourages industry to reach out to their representatives on this issue.

Republic Senator Mike Lee of Utah introduced a drone integration and zoning law in 2019 that would have placed all airspace below 200 feet under the jurisdiction of state law. This proposal, which did not make it out of the Senate and was widely criticized, followed a proposal by the Democratic Senator Dianne Feinstein of California, known as the Drone Federalism Act. Feinstein’s proposal would also have given the states extensive powers over the airspace.

Now, the DSPA says, Lee appears to be trying to include a segment of drone federalism in the budget before the vote.

Why drone federalism is an issue

These proposals could cause problems for the drone industry and the FAA. The FAA claims “right of first refusal,” which means that they regulate all airspace in the United States. That is the entire airspace down to the ground. This is a problematic concept for some homeowners, especially in the drone age: being an issue with no clear precedent, it will likely be debated for many years to come.

While the FAA has tried to involve state and local governments in the decision-making process as part of the UAS Integration Pilot Project (IPP) and its next phase, the BEYOND program, the question of whether states can regulate drones remains open. If states are able to take control of part of the airspace, this could lead to a “patchwork quilt” of drone regulations in the United States – and open the door to different fee structures or taxes for the use of the airspace.

Drones have become a new battlefield problem for politicians – from security and privacy concerns to private property rights. It is up to the drone industry to educate legislators about the problems and possible unforeseen consequences of any regulation under consideration.

Miriam McNabb is editor-in-chief of DRONELIFE and CEO of JobForDrones, a marketplace for professional drone services, and a fascinating observer of the emerging drone industry and the regulatory environment for drones. Miriam has authored over 3,000 articles focusing on the commercial drone space and is an international speaker and recognized figure in the industry. Miriam graduated from the University of Chicago and has over 20 years experience in high-tech sales and marketing for new technologies.
For advice or writing on the drone industry, email Miriam. 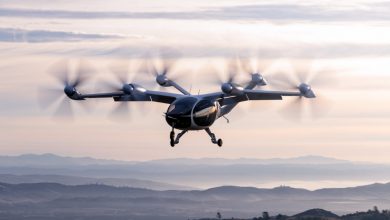 Drone Insurance coverage: All the things You Want To Know