E-scooter and e-bike rental company Bird Global will merge with Bird Canada — an independent company that licenses Bird’s name and software — in a deal that will inject an estimated $32 million (US) in new financing into the struggling company.

Toronto-based Bird Canada’s chief executive, Stewart Lyons, is joining the parent company as its president, along with a new slate of management. John Bitove (brother of Torstar owner and Toronto Star publisher Jordan Bitove) is chairman and co-founder of both Bird Canada and investment company Obelysk. He will be joining the Bird Global board.

“After four years of building the most successful operator in the Bird Global network, we are very excited to bring our lean operating philosophy and proven experience in shared micromobility to Bird Global,” Lyons said in a press release.

“Should the merger close, we’ll try and accelerate and double down on profitability,” Lyons told the Star. “There’s a lot of room at each city to make sure they’re profitable and that city partners are satisfied with our company performance.”

The proposed transaction is expected to close as soon as possible.

Currently, Bird Canada, which was launched in 2019, operates in 10 cities and is looking to expand in Vancouver, Toronto and Montreal. The merger also allows the Canadian company to branch out into the US market, expanding its reach.

“When e-scooters first came on the scene the focus was on dumping scooters everywhere, but now it’s about having less scooters, understanding the demand in each city, and focusing on better relationships with cities to make us more profitable,” Lyons said.

Bird Global had a tumultuous year after it went public on the New York Stock Exchange in November 2021 in a deal that initially valued Bird at $2.3 billion.

After burning through capital and losing investor interest over the past year, the company has cut staff and scaled back operations. Bird Global lost $322 million in the first nine months of the year, the company reported in its third quarter earnings.

In November, the company said it would need to scale back operations or seek bankruptcy protection if it was unable to raise money.

The merger with the more profitable Bird Canada could inject new life into the company, but the Canadian operation will also face challenges, such as tougher regulatory approaches to e-scooters and a crowded micromobility space with numerous competitors.

In Canada, many provinces regulate what vehicles are and are not allowed on city streets. Therefore, e-scooters are not allowed unless bylaws are created to permit alternative modes of transportation on streets in addition to cars and bikes, said Raktim Mitra, director and associate professor at Toronto Metropolitan University’s School of Urban and Regional Planning.

Bird Canada already operates in Edmonton, Calgary and Ottawa. While some people use e-scooters in Toronto, the city has yet to approve the device due to safety concerns, Mitra said.

Lyons said the company has advanced safety technology such as “smart sidewalk protection” which gives riders traveling on a sidewalk an audible alert and mobile notification, to get off the sidewalk and use a bike lane, before the vehicle is brought to a stop.

It’s this type of safety technology that sets Bird Canada apart from competitors such as Lime and Razor, Lyons said.

Mitri added that the market is crowded and cities are being more selective about which companies can operate, often selecting them through a bidding process. He said micromobility companies need to continue working with cities to integrate the vehicles with existing public transit and infrastructure.

“It’s a great solution for people who have to walk a mile or more to get to their nearest transit stop from home,” Mitri said.

“This is especially true for people in the suburbs. This gap in transit is one of the main reasons people end up taking a car. If we want to use e-scooters regularly and want them to be sustainable we must integrate them with the transportation ecosystem.”

Anyone can read Conversations, but to contribute, you should be a registered Torstar account holder. If you do not yet have a Torstar account, you can create one now (it is free)

Conversations are opinions of our readers and are subject to the Code of Conduct. The Star does not endorse these opinions. 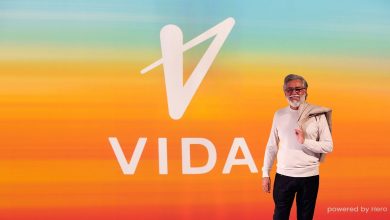 Hero MotoCorp Vida to launch e-scooter on October 7. Here is what to anticipate 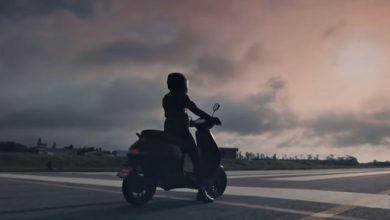 Lady from Delhi will get “SEX” on the license plate of the scooter, the ladies’s panel enters

Electrical Motorbike and Scooter Market to Develop at 17.22% 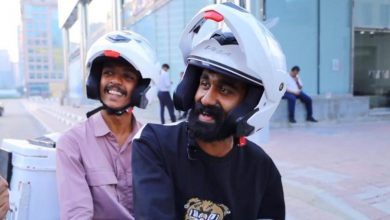