After months of speculation, rumor and at least one unfortunate leak, Google has unveiled its freshest Android incarnations. The Pixel 7 and Pixel 7 Pro took center stage at the Made By Google event in New York, alongside the firm’s big move into the wearables market: the Pixel Watch. In doing so, Google has set out to muscle in on Apple’s domination of the wearable space.

What can the Pixel Watch do, then? All the basics, naturally: step counting, smartphone notifications, music playback. Google Maps, Assistant, and Wallet can all be used from the wearer’s wrist. So can Google Assistant and Google Home, for controlling your smart home kit. A full charge will last 24 hours. Prices start at £339 ($383) with Bluetooth/ Wi-Fi capabilities, or £379 ($428) for added 4G LTE.

Google has also apparently learned from the past disappointments of Wear OS, which has suffered from a lack of meaningful updates and consumer apathy. It has been completely overhauled for the Pixel Watch.

A bigger USP is the extensive FitBit integration, for health and fitness tracking. Google first announced the move in a blog post ahead of the Pixel Watch’s reveal, and is perhaps the most interested it has been in the company since it spent $2.1 billion to acquire it in 2021.

What did that kind of scratch buy? Apparently the “most accurate heart rate tracking to date” of any FitBit device, machine learning smarts that inform on key metrics like calories burned and quality of sleep, and all-day activity tracking presented in a more useful manner than the very basic Google Fit . That app had no hope of competing with Apple’s more comprehensive Fitness and Health apps, but FitBit just might do it.

Of course there’s also an upsell, just like Apple’s Fitness+. The watch offers 40 workout modes as standard, but a further 800 workouts and over 400 mindfulness sessions are available with Fitbit Premium. Pixel Watch owners get six months for free, but the end goal will almost certainly be to get them to splash out on a membership.

According to Google, its premier timepiece boasts a ‘circular, domed design’ made from 80% recycled stainless steel, that ‘nods to classic watches with a modern twist.’ The whole thing was flaunted in a highly stylized launch video that could easily be mistaken for a ’90s perfume advert.

Not everyone agrees, though. The Verge called the bezel design – 41mm in diameter, 12.3mm high – “thicc, but not in a good way.” That was based on pics of an early prototype, revealed after someone purportedly left it behind at a US restaurant, but clearly Google hasn’t come close to matching Apple when it comes to slim bezels.

Looks are just as important to a smartwatch as features, and a whole load of black space around the display isn’t especially easy on the eyes. Sure, some clever watch face designs and a dark UI will help hide it, but there’s a whiff of “first try” about it we can’t quite shake off.

Bring on the competition

Still, Google’s wristwear is exciting. It’s the company’s first smartwatch, designed in-house from top to bottom. But is it too little, too late? Can Google really compete with the Apple Watch? On paper, it’s a difficult task.

In 2022, Apple surpassed Android with a 50% share of the US smartphone market. iPhones have also long worked seamlessly with accessories, and Apple enjoys a level of ‘cool’ that Google simply hasn’t managed to replicate. When it comes to watches, Apple has a head start by a country mile. The first Apple Watch landed in 2015, and the company delivered 29% of global smartwatch shipments in Q2 2022 all on its lonesome – a figure down on Q1, if you can believe it.

The Apple Watch Ultra is now looking to compete with Garmin’s ultra rugged offerings, designed more for mountain bikers than city dwellers – potentially converting customers before Google can even get out the door.

That said, FitBit enthusiasts will no doubt be drawn by the Pixel Watch’s detailed health features. If it can successfully integrate with all of Google’s devices, from smartphones to security cameras, it will be an impressive all-in-one wearable. The minimal, circular styling may also appeal in ways the rectangular Apple Watch doesn’t. Will that be enough to worry Apple, though? Time will tell. 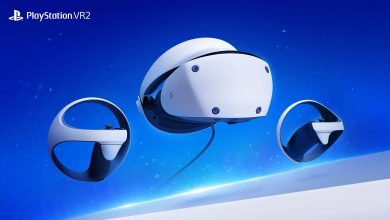 What’s subsequent for iPad? All of the iPad, iPad Mini, iPad Air and iPad Professional rumours 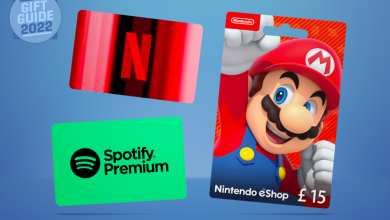 On the spot Christmas items and last-minute digital vouchers