By Varun Singh: BMW Motorrad will launch the CE 04 electric scooter in India in 2023, according to a senior company official. While the CE 04 is being proactively tested here, it will be the country’s maiden high-end luxury electric two-wheeler upon its introduction.

The BMW CE 04 made its global debut in 2021. It gets a permanently excited liquid-cooled synchronous motor, which develops maximum power of 42hp and peak torque of 62Nm. The motor is mated to an 8.9kWh battery. While the claimed top speed is 120kmph (electronically locked), the world motorcycle test cycle (WMTC) range is 130km on a single full charge.

“I was totally surprised to see the success from the car side (electric) that we are having in India. We looked very much in detail into that topic here and I definitely expect something (electric) from BMW Motorrad next year in India,” Markus Mueller-Zambre, head, Asia, China, Pacific and Africa, BMW Motorrad, told India Today.

When asked about the electric model BMW Motorrad is planning to introduce in India, Mueller-Zambre said: “If you have a look at our current product portfolio, I think you can answer that for yourself.” The CE 04 electric scooter is the only electric two-wheeler sold by BMW Motorrad in international markets at present.

“We are looking at over 30% growth in comparison to last year, which is huge, and we are definitely having our best year ever in India with BMW Motorrad in 2022. We are aiming for almost 7,000 units coming from 5,000 units last year, and that is quite a big number,” Mueller-Zambre noted. India is also the only market where BMW Motorrad is witnessing double-digit growth.

Among the main volume drivers for the company are its G models — G 310 R, G 310 RR and G 310 GS. “But the bigger bikes, which come from Berlin and Thailand via CKD, are also on the rise and we see a really good trend that we have a chance to grow with our customers together,” he said.

The company recently launched the new S 1000 RR. Available in Standard, Pro and Pro M Sport variants, the super sport bike is priced between Rs 20.25 lakh and Rs 24.45 lakh (ex-showroom). To enter India as a CBU, its customer deliveries will begin from February 2023 onwards.

BMW Motorrad is expecting the next few years in India to be even more “promising” as the country is now among the top 10 markets globally for the company.

“It all started in 2016 with only a couple of 100 units. Now we are shooting for 7,000 units this year. I see the importance of India rising for BMW Motorrad. In my region, India is now the second biggest market, overtaking Japan this year. Korea was also overtaken. I expect a lot more from India in the years to come,” Mueller-Zambre observed. 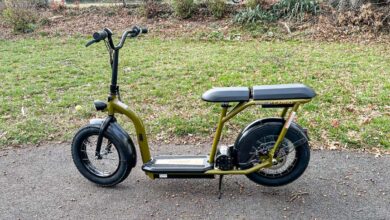 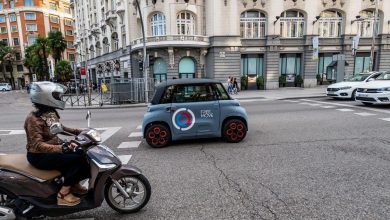 Spain is taking the lead – as soon as once more – to maintain the roads secure, helmets have gotten obligatory for e-scooter drivers 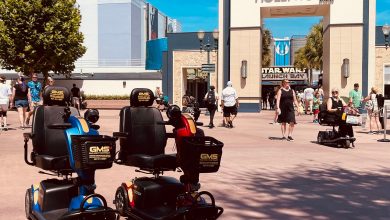 A return to regular? Disney World south over scooter crash