Animal Dynamics, based in Oxford, England, works closely with the University of Oxford and specializes in aerial and maritime drones used for logistics, humanitarian aid, emergency services, defense and agriculture. Speaking exclusively to Express.co.uk at the recent Farnborough Air Show, Director of Business Development, Paul Topping discussed drones developed by Animal Dynamics, referring to the projects as “bio-inspired engineering.”
He said that the concept is making more efficient robots, based on an idea by Professor Adrian Thomas. “Professor Thomas, consults for the Ministry of Defense and Department of Defence, studied how animals lock onto targets, and how they morph their wings to fly in more effective ways.” He noted, “Adrian came to the conclusion that a flapping wing drone, like a dragonfly, would be more efficient, and work better than a spinning rotor.” Topping said the “Skeeter” design did turn out to be the best fit for the role. He added: “We developed a little thing that weighs around 150 grams, that can carry a camera, and can fly during strong winds, much like dragonflies and bees do so in similar weather.” Topping also noted Animal Dynamics has developed an underwater type drone based on a ray. Named the “Raydrive”, the equipment is a fully autonomous underwater system that uses a unique flapping propulsion technique. Its design, inspired by the gliding motion of manta rays, makes it ideally suitable for scouting and covert surveillance missions. At 1.3m wide, and still, in the early stages of the project, the Raydrive can pull a human along underwater. Images courtesy of Animal Dynamics. Listen to a related podcast here. Our thanks to Robin E. Alexander, President ATC, alexander technical[at]gmail[dot]com, for her assistance with this report. Find more details on Animal Dynamics drones at Express.co.uk/news/science. 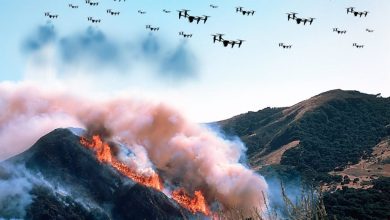 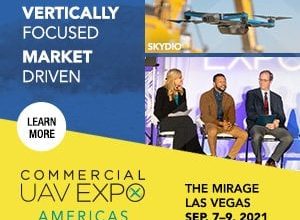