Public service agencies, such as police and fire departments and emergency medical service providers, were among the first entities to recognize the usefulness of UAVs to accomplish tasks such as aiding in search and rescue, pinpointing fire hot spots and documenting traffic accidents.

Now, as more and more agencies across the country are looking to adopt these tools, they can take some guidance from some of these early adopters of unmanned aerial technology in how to create a successful and sustainable drone program, Brendon Bartholomew, president of Vector Aerial , said in an interview.

“Whether you’re talking police departments, sheriffs’ offices, emergency managers, firefighters, they’re all trying to leverage technology in a time when obviously labor is in short supply and technology is that force multiplier,” Bartholomew said. “To me the key is the idea that you have to be able to build out something that is sustainable.”

Bartholomew said public service agencies wishing to start a drone program need to first identify exactly how that program would benefit the agency and then begin to develop a plan to put an adequately funded structure in place that would help accomplish those objectives over the long term.

“If you were to go back about four years ago, somewhere in the 2017/2018 timeframe it was very rare to see a police department that had drones,” he said. “One of the things that we saw very early on was police departments would basically go out, find a drone on the internet that they liked, buy it, and then either not use it or not maintain it, or crash it. And, then they were basically like, ‘Oh, we spent this money and it wasn’t worth it at all.’”

Police departments and other public service agencies soon learned that building a sustainable drone program required the development of a full spectrum of standard procedures for training, operation and safety.

“You need to be able to go in and build out of a budget, with not only the idea of ​​the training and the platform purchases up front, but with the idea of ​​sustainability,” he said. “You’re not going to have a full-spectrum drone program overnight. It’s going to be something that you build with your capability, with your expertise over time.”

Another key factor for public service agencies in creating a successful drone program is getting the buy-in from the department’s governing agency and from the public at large, Bartholomew said. Public anxiety about the use of drones ranges from concerns about noise and safety to questions about whether the drones will be used in the surveillance of ordinary citizens.

“Obviously, the privacy concerns are one of the major issues confronting any agency, whether it’s a commercial enterprise or whether it’s some sort of government agency or public safety agency,” he said.

Bartholomew said transparency in addressing how the agency plans to use the drones is the key to assuming those concerns. “When they keep that kind of stuff a secret, when they don’t talk about it and when they aren’t transparent about it, then immediately you get that aspect where people start wondering why. What are you using it for? What are you actually doing with these drones? And, that’s a major concern.”

The final piece of the puzzle toward creating a successful and sustainable drone program lies in training the personnel in the operation of the drones as well as the administration of the program, Bartholomew said.

Vector, which advises public service agencies on the creation of drone programs, employs a “train the trainer” concept with its client agencies.

“We go in and we make sure that the police department has people that are capable of being their instructors and documenting their training programs and continuing to execute the training program over the long term,” Bartholomew said.

Those public service agencies that already have well-established UAS programs are beginning to find more sophisticated applications for drones beyond their initial uses.

“One of the other things that we’re starting to see now is the advent of the concept of a ‘drone as a first responder.’ It’s this idea that if a department gets a 911 call, the drone can be launched autonomously and go immediately out on site to wherever that call came from and begin providing video input before the first officer arrives,” Bartholomew said.

Another developing application of drone technology is using a UAV to fly indoors to provide advance surveillance of a scene without exposing human responders to risk. Police agencies are increasingly employing this tactic to deal with active shooter scenarios.

“You can go in and clear a house in just a couple of minutes and be able to go get the full picture of what’s going on where,” he said. “If it’s a barricaded subject that’s inside, you can find out where they are, find out what their status is, whether they’re armed, whether they’re not armed,” Bartholomew said.

As some of the earliest adopters of drone usage, public service agencies have established a set of best practices for UAS programs, laying the groundwork for the use of drones across a wide range of commercial industries, Bartholomew said.

“Now, we’re seeing a kind of the explosion of drones on the scene, in almost every industry from agriculture to energy, construction, you name it. It’s becoming a very big thing in every business and, and every sector,” he said. 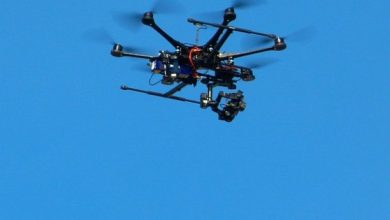 Cybersecurity for Drones: AUVSI and Fortress 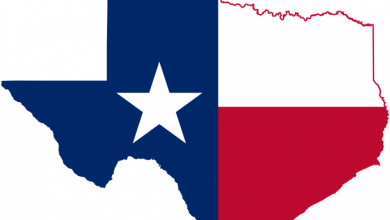 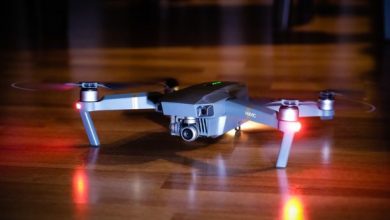