It seems that the sudden surge in the popularity of electric scooters caused the reintroduction of one of India’s earliest electric scooters. Bajaj recently announced that it has reintroduced the Chetak electric scooter after going off the shelves for some time. The Indian motorcycle giant is expected to open bookings for the Chetak again within the week and pull in a slew of bookings.

However, those who are desperate to get a grip on the Bajaj Chetak must note that its reintroduction will only be for a limited time. At the moment, Bajaj has not yet announced the new price of the scooter. Last year, shortly after his debut, Bajaj pulled the plug on the Chetak because sales were poor. However, the gradual rise in fuel prices has caused the popularity of electric scooters to skyrocket. It will be interesting to see how Baja rates the chetak as it is priced at Rs. 1 lakh or the equivalent of $ 1,333.

For those unfamiliar with the Chetak, it is designed to offer modern electrical efficiency in a retro-style package. It has full LED headlights, a fully digital instrument panel and a Bluetooth connection. In terms of power, the Chetak gets an electric motor that pumps out a sufficient 4.1 kW, which equates to around 5.5 hp. The Chetak has two driving modes, Eco and Sport. The eco mode offers a range of 95 kilometers on a single charge. For those looking for a more sporty ride, the sport mode offers a sufficient range of 85 kilometers. Bajaj takes a total of five hours to charge.

In the Indian market, the Bajaj Chetak will face tough competition in the field of electric scooters. Bikes like the Ather 450X and the TVS i-Qube have proven themselves in the fast growing market for electric scooters. 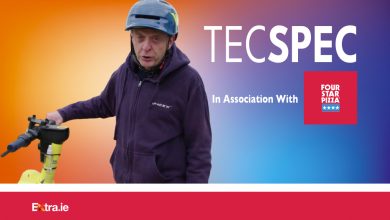 The Wind Mobility e-scooter is revolutionary and secure