The last few years have brought labor shortages, supply chain issues, and geopolitical turmoil. These shifts necessitate major changes in the way that industry thinks about operations: and even the most traditional industries are adopting new technology solutions to become more efficient and more effective.

Are autonomous drones and robots the workforce of the future? WiBotic is a major ecosystem player, providing advanced wireless charging for autonomous robots, UAVs, automated storage & retrieval systems, and more. DRONELIFE speaks with WiBotic’s new VP of Engineering Brian Crowley on what’s helping drive adoption of autonomous drone and robots – and what’s holding them back.

Prior to joining WiBotic, Brian has held key executive-level engineering positions for nearly two decades, as President & CEO at Alithion, Symbio and BSQUARE as well as holding engineering leadership positions at Applied Microsystems and other innovative technology companies.

While a wide variety of industries are adopting an autonomous workforce, Brian Crowley says that WiBotic has seen the fastest growth for mobile robots in the warehouse and fulfillment market. “It’s just incredibly difficult these days for warehouse operators (like the big ecommerce companies) to hire and retain staff,” says Crowley. “As a result, they’re expediting the deployment of robots for goods transport within the warehouse – freeing up the humans to focus on picking and packaging.”

Goods transport is one of the more mature applications for autonomous systems, but Crowley points out that as systems get more sophisticated and are able to accomplish more complex tasks, companies are using robots for a wider variety of applications – and ground robots and drones are being combined to form more complete solutions.

“We’re also now seeing a second wave of robots being deployed for other applications like cleaning and inventory management in these same facilities. An example in the UAV space is the use of indoor UAVs for bar code scanning. Mobile robots and UAVs are increasingly being asked to work together in certain markets.”

Are Autonomous Robots the Industrial Solution of the Future?

While the pandemic may have given the industry a temporary boost, Crowley says that major demographic shifts around the world will continue to strengthen the demand for robotic solutions.

“There is no short-term solution to global labor shortages,” says Crowley. “In many parts of the world the population is aging, so the pool of potential employees with the physical stamina for warehouse work is shrinking. This soils well for continued growth in the use of autonomous robots.”

Once customers realize the benefits of implementing more autonomous systems, says Crowley, they tend to use scale throughout an organization. “As these customers see large efficiency gains a high ROI from the first wave of robotics though, the smart ones are looking at more and more ways to automate other processes,” he says. “Floor cleaning, box picking for container loading and unloading, security… these are all areas where new types of robots are being deployed.”

“In the coming years we see as much growth coming from new applications at existing robot users as we do from customers who are just now implementing robots for the first time.”

What’s Holding Back Adoption of Autonomous Drones and Robotics?

Crowley says that while regulations are certainly needed to expand the use of autonomous drones – operating beyond visual line of sight (BVLOS) – he sees a broader need for interoperability standards throughout the ecosystem.

“Of course further easing of BVLOS regulations will also help increase adoption of those types of “resident” UAV systems that can be used for things like fire and emergency response, and repetitive inspections,” comments Crowley. “There is a great deal of value in being able to remotely plan and execute a mission, with the collected data also automatically coming back to use remotely and data from the mission can be delivered.”

“In the mobile robot space, we need more interoperability across robot types and brands,” says Crowley. “There is no need to have a different autonomous battery charger for each model of robot you own, and WiBotic already solves that problem with our universal wireless chargers; but it would benefit the industry in general if there were more interoperability standards for things like task sharing, communications, and navigation.”

“Several industry groups are already working on this,” he says. “The same issue of interoperability goes for the UAV market, where there has been an explosion of proprietary ‘drone in a box’ solutions from different vendors… But we hear from customers daily that they don’t want to be locked into a single drone model or vendor and would prefer DIB platforms that work with a wide range of UAV models being used for different purposes. Customers also want the flexibility to outfit those drones with the payloads they want to use, not just the payload a single vendor offers… so more flexibility and interoperability is needed for permanently deployed drone stations as well.” 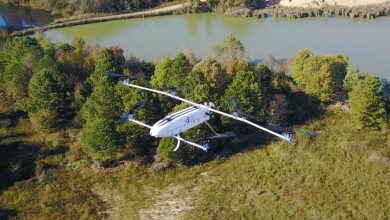 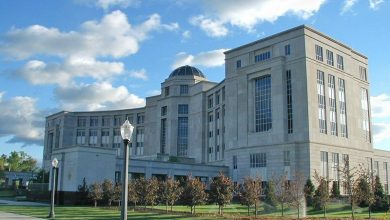 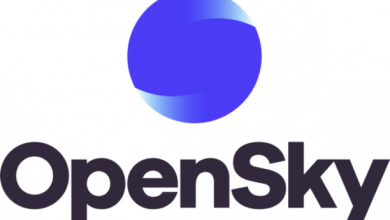