It seems that Apple actually has something planned for March. A few days ago, we received rumors that Apple was preparing to launch its new iPad Pro with a mini LED display and the long-awaited AirTags. However, according to the latest information, the new AirPods 3 could also attend the show.

Jon Prosser has lost tons of Apple information lately. Last week he announced that Apple’s AirTags and the new iPad pros would be arriving next month. He’s not the only one paying close attention to Apple’s steps, however. LeaksApplePro has also reached out on Twitter to reveal more rumors about Cupertino’s possible March event. The tweet confirms that we will receive a new iPad Pro and AirTags, but also claims that we will receive the new AirPods 3.

Rumor has it that Apple could launch no fewer than three new devices next month. So we have to wait and see what we get. However, we also believe that it will take a while for new M1 Macs to hit the market, and the cheaper AirPods Max will also have to wait some time to be officially launched. We also received notices of new AirPods Pro 2 and possibly an AirPods Pro ‘Lite’ edition that would arrive with no noise cancellation to keep the price low.

There is no official confirmation, but it is believed that we will receive at least one iPad Pro model with a mini LED display. So we assume that it is the larger 12.9-inch version. At the same time, the smaller 11-inch iPad Pro is expected, but it has an LCD display with ProMotion and True Tone technology. Ming-Chi Kuo also told us that we should expect new iPad Pros as well as Apple’s new object trackers in the first half of 2021, adding more credibility to these rumors.

Apple’s M1 Mac mini, gaming laptops, and Razer peripherals are on the market 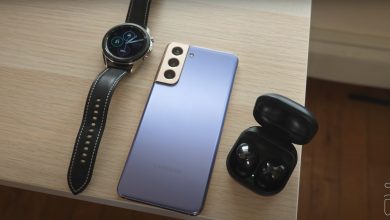