Today, Ondas Holdings subsidiary American Robotics announced that it has been issued a new exemption by the Federal Aviation Administration (FAA). Officially granted on August 19, the exemption frees the company from a set of previously established Conditions and Limitations pertaining to an earlier exemption, which had limited operations to “research and development, crew training, and market surveys.” This new exemption, combined with an accompanying BVLOS Waiver, enables American Robotics to deploy its autonomous Scout System drone commercially with no limitations on use.

“American Robotics has put a lot of time and energy into solving for the regulatory challenges that we all face – it’s great to receive this waiver and be able to deliver data to our customers,” Ondas Holdings CEO Eric Brock told DRONELIFE.

“This new exemption from the FAA is the fourth milestone approval for American Robotics in less than two years, signaling a clear trajectory towards increased implementation of nationwide autonomous commercial drone operations,” said American Robotics Co-Founder and CEO Reese Mozer, who was recently invited to take part in the White House Summit on Advanced Air Mobility. “I am proud of the years of dedication and hard work that our team, partners, and regulators have put forth. Wide-scale adoption of autonomous drone technology represents a generational shift in how critical industries monitor, map, and inspect assets, unlocking new efficiencies, increasing safety, and reducing environmental impact.”

The FAA issued the exemption after American Robotics received positive results in research and development, crew training, and market surveys. This exemption and waiver provide both the company and the industry as a whole with proof that American Robotics is capable of offering a scalable commercial service to support customers’ goals of deploying autonomous fleets of drones. Following the acquisition of its original FAA approval in January 2021, American Robotics has worked in close collaboration with the FAA to prove its technology’s safety, positioning the company to usher in scalable commercial autonomous drone operations nationwide. As it further mobilizes autonomous drone operations to serve commercial industries, such as oil and gas, rail, and stockpiles and mining, the company’s close cooperation with the FAA will play a major role in bringing nationwide fully-automated commercial drone operations to fruition. 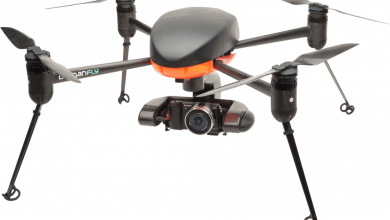 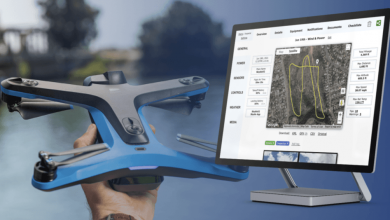