Proposed changes in Medicare rules could soon pave the way for a significant expansion in Medicare-covered dental services, while falling short of the comprehensive benefits that many Democratic lawmakers have advocated.

That’s because, under current law, Medicare can pay for limited dental care only if it is medically necessary to safely treat another covered medical condition. In July, officials proposed adding conditions that qualify and sought public comment. Any changes could be announced in November and take effect as soon as January.

The review by the Centers for Medicare & Medicaid Services follows an unsuccessful effort by congressional Democrats to pass comprehensive Medicare dental coverage for all beneficiaries, a move that would require changes in federal law. Sen. Bernie Sanders (I-Vt.) sought in vain to add that to the Democrats’ last major piece of legislation, the Inflation Reduction Act, which passed in August. As defeat appeared imminent, consumer and seniors’ advocacy groups along with dozens of lawmakers urged CMS to take independent action.

Dr. Biana Roykh, senior associate dean for clinical affairs at Columbia University’s College of Dental Medicine, called CMS’ proposal “a step in the right direction.” But she cautioned that it doesn’t yet address the full extent of dental needs among seniors. “We’re not solving the problems upstream” by tackling the causes of dental decay, including a lack of routine care, she said.

Among the dental procedures Medicare already covers are wiring teeth to repair a fractured jaw, a dental exam before a kidney transplant, and extraction of infected teeth before radiation treatment for certain neck and head cancers.

But if a patient needs another kind of organ transplant, Medicare won’t cover the eradication of a dental infection so that the transplant can proceed. Or, if a patient with breast cancer has an infected tooth, Medicare will cover chemotherapy and radiation, but not the tooth extraction needed before that treatment can be provided.

CMS hinted at what dental services might be covered by asking for comments on whether additional organ transplants and cardiac valve replacement or repairs should be eligible for related dental exams and treatment. It also asked for examples of “other types of clinical scenarios” in which dental services would be “substantially related and integral to the clinical success” of other covered medical treatments.

One possibility CMS pointedly does not mention is dental care for diabetes patients, said Dr. Judith A. Jones, an adjunct professor at the University of Detroit Mercy School of Dentistry. Medicare pays for insulin and other diabetic care supplies but not related dental care. “The data are really quite clear if you improve periodontal disease, for example, blood sugar control is improved,” she said. More than a quarter of people 65 and older had diabetes — or an estimated 16 million — in 2019, according to the Centers for Disease Control and Prevention.

CMS is also contemplating the creation of a system to review requests for additional kinds of dental treatment needed to improve the outcome of other covered medical care.

The proposed changes would be particularly important for patients undergoing treatments that weaken the immune system, giving any dental infections the opportunity to spread, Jones said. “So if you have infection anywhere in the body, it can become rampant when you suppress the immune system,” she said.

CMS is considering extending coverage to dental services that are “inextricably linked” to the success of other covered medical procedures, Dr. Meena Seshamani, a CMS deputy administrator and the director of the Center for Medicare, said in a statement. If the proposal is finalized, Medicare Advantage plans would be required to expand coverage as well, she said. And Medicare supplemental or Medigap policies would have to pay for the patient’s share of the cost.

Officials say the potential changes come after receiving criticism that the current definition of medically necessary dental care is too “restrictive, which may contribute to inequitable distribution of dental services for Medicare beneficiaries,” according to the proposal. It also cites a 2021 report on oral health from the National Institutes of Health, which found that almost 3 in 5 older adults experience severe periodontal or gum disease. Older adults also have the highest out-of-pocket dental costs.

Leading dental care, patients, and seniors’ advocacy organizations along with congressional Democrats largely support the proposal. But at the same time, they criticized its shortcomings.

“This new rule merely expands coverage to align with the most recent medical literature and accepted standards of care,” Rep. Lloyd Doggett (D-Texas), who chairs the Ways and Means health subcommittee and who has advocated for comprehensive coverage, said in a statement to KHN. “It is not a panacea.”

The proposal has been criticized because it omits follow-up dental care. Extracting infected teeth has consequences, even when it’s needed to eliminate an infection that would otherwise jeopardize potentially lifesaving treatment. “If you remove the teeth, patients cannot chew and continue to nourish themselves properly,” said Dr. Dave Preble, chief strategy officer at the American Dental Association. “You’ve created another medical problem for the patient.” Full or partial dentures are not covered under Medicare. Overall, the ADA supports the proposal, although it has asked CMS for more information.

Additional details to be worked out include a big one: “How do you reimburse properly for things that haven’t been covered before?” asked Preble. He questioned how CMS would calculate dentists’ payments and whether they would cover ancillary expenses such as supplies, utilities, and equipment. The ADA’s concerns about Medicare payments and the funding of extra benefits are among the reasons it did not support legislation for more comprehensive coverage. 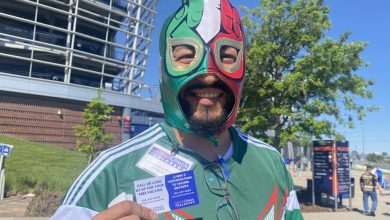 Fútbol, Flags and Enjoyable: Getting Inventive to Attain Unvaccinated Latinos in Colorado 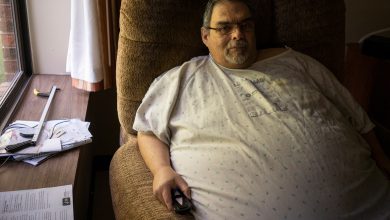 Psychological Well being Disaster Groups Aren’t Only for Cities Anymore 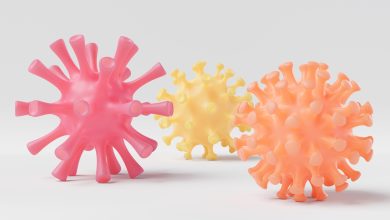 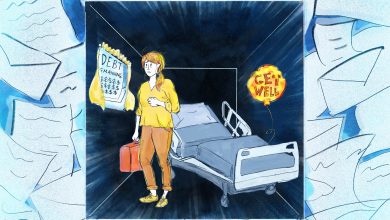 Medical Payments Can Shatter Lives. North Carolina Might Act to ‘De-Weaponize’ That Debt.