Volvo is one of the biggest names in the auto industry, and it’s one of the first manufacturers to commit to producing only electric vehicles by 2030. In a surprising move, Volvo announced yesterday that the company is partnering up with Epic Games to develop the next generation of infotainment systems using the Unreal Gaming Engine. Volvo is also among the first companies to test a new wireless charging solution for its electric vehicles.

Volvo announced the news in a press release, confirming that it’ll bring “photorealistic visualization” to its future electric vehicles through the new collaboration with Epic Games. The Unreal Gaming Engine will be used to power and provide “high-quality graphics inside the cabin.”

The development of the Human Machine Interface (HMI) will be carried out using Unreal Engine, and it will initially focus on the Driver Information Module (DIM), the displays inside the vehicle to provide more useful and relevant information for drivers and passengers. This also includes the infotainment and the center console.

The good news is that the next generation of infotainment systems will be a lot faster and more responsive, which is a problem in current high-end vehicles as they are often sluggish and slow. Charging a current generation EV takes anywhere between half an hour to an hour, and it can be a challenging task when there aren’t any service stations around, and watching movies and playing games are also becoming a new phenomenon.

Android Auto and Apple CarPlay improved the usability, but they’re still far from offering the same level of responsive behavior that we’re used to seeing on tablets and smartphones. The new announcement means that the graphics are going to be receiving a significant update, but we might also see new features introduced as the hardware gets a substantial upgrade over the years.

Volvo didn’t announce which of its vehicles would be the first to receive the new design and interface changes, but the company confirmed that it would reveal a new “all-electric flagship model” packing the new HMI later this year.

It’s worth mentioning that Volvo isn’t the first company to team up with Epic Games, as Google also developed an integrated Android solution for its cars, and Polestar also worked with them previously (via ArenaEV). Seeing Unreal Engine move from the comfort of our homes to our vehicles isn’t exactly surprising, after all, it’s software, and new modern cars are closer to technology than ever before.

Current generation vehicles, especially electric vehicles, are already supercomputers on wheels as the technology required to power and control them contains millions of lines of code. Current vehicles may have around 100 million lines of code, which is expected to increase to 300 million lines of code by 2030 (via Vehicle Dynamics International). AI (Artificial Intelligence) has a key role in this as cars become more autonomous in the years and decades to come.

Volvo also wants to use Unreal Engine to render the outside environment using the car’s external sensors, such as the camera, LiDAR, radar, and other sensors. This can help drivers get a 360-degree view of their surroundings and guide them to park safely. Using a more advanced engine can help engineers better optimize their AI algorithms and also speed up the development of autonomous driving, making roads safer for all users.

Volvo also mentioned that it’s bringing software development in-house by the middle of this decade, and it plans on updating its vehicles, working on new features, and fixing software issues. Traditional car makers are slowly turning into massive software companies, and Volvo wants to stay on edge by using one of the most popular engines.

Safety will be a priority for Volvo and Epic Games, as an attractive infotainment system could also distract drivers and introduce unsafe vehicles and driving techniques. Animations will bring a brand new experience to cars, but it’s essential to remember that safety will always be a priority, besides getting from point A to B as quickly and safely as possible.

I’m glad to see the collaboration between these two companies. I’m happy to see that Volvo is taking some parts of the software development in-house, improving the reliability and the longevity of future electric vehicles. I’m just hoping that we won’t see a future where we’ll have to subscribe and shell out a monthly fee to enable certain basic features such as seat heaters and other features.

What are your thoughts about future EVs using gaming engines to power their infotainment systems and other parts of their operating system? Let us know in the comments! 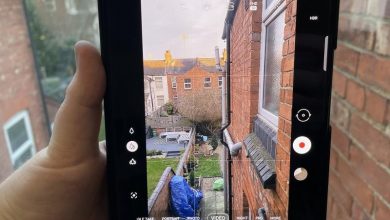 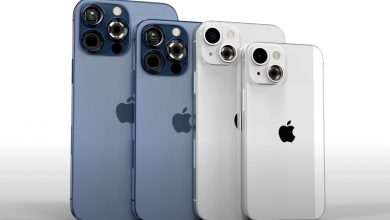